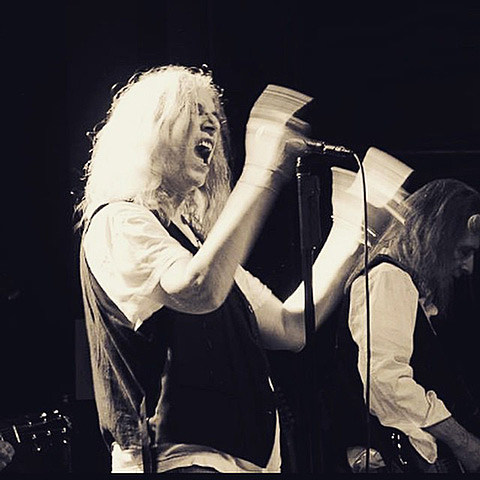 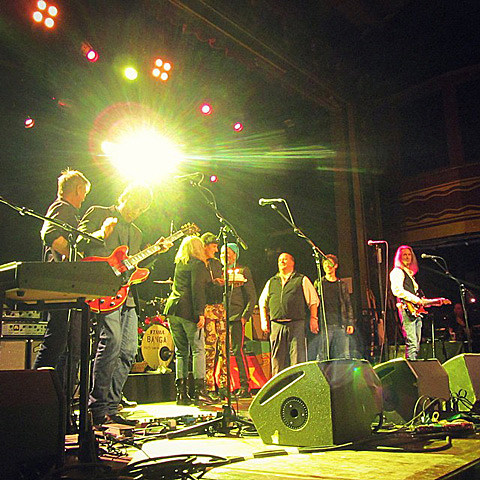 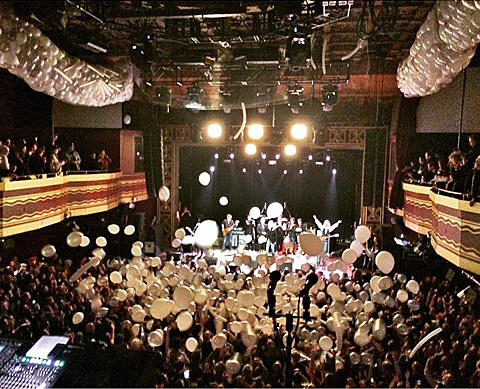 The tradition of Patti Smith celebrating her birthday with one of her annual New Year's shows at Webster Hall continued Tuesday night (12/30). This year she only scheduled two shows, with the 30th being the second night, as well as her 68th birthday. Like last year, she didn't book a New Year's Eve show, so she had to treat the 30th as such and she did just that. Once again, the night started off with another set from Michael Stipe and had the crowd almost completely silent. He played the same set as the night before but no one seemed to mind at all. Just seeing him sing REM (amongst others) songs onstage again was quite special.

Then it was time for Patti! She came out and opened with "Dancing Barefoot" and the show just exploded from there. Her mix of storytelling, methods of crowd control, poetry, rock 'n roll and spit always seem to come together in a way that not many can pull off, but she has done for decades. The set looked quite similar to the night before, including the staple "Because the Night," "Pissing In a River," a haunting cover of Nirvana's "Smells LIke Teen Spirit," a tribute to Amy Winehouse ("This is the Girl") and a birthday jam session, where Lenny Kaye and the band sang the Beatles' "Birthday" to Patti, in which she joked back, "I told you NO Beatles!"

Then, someone from the balcony ripped the zip cord for the Webster Hall balloon drop and Patti just lit up and said, "This is so fucked!" During this time, Patti's daughter, Jesse Paris Smith, Michael Stipe, Michael Pitt (?), celeb chef Mario Batali (??) and more brought out a cake and made it official. The show ended with a full sing along of "People Have the Power" and "Rock n Roll Nigger." During which she grabbed her electric guitar, ripped the shit out of it and screamed, "I'm fucking 68 years old!!!" She left the crowd with words of encouragement for the new year and closed by stating, "2015!! It's gonna be a great fucking year!" When Patti Smith speaks, you have a hard time not believing every word. Let's hope she's right. Happy New Year and Happy 68th, Patti!

Patti's birthday setlist and video of the all-star "happy birthday," below...

SETLIST: Patti Smith @ Webster Hall 12/30/2014
Dancing Barefoot
Fuji-san
Distant Fingers
Pumping (My Heart)
This Is the Girl
Because the Night
The Stable Song
My Little Red Book
7 and 7 Is
Birthday
Happy Birthday
Ain't It Strange
Smells Like Teen Spirit
25th Floor
Pissing in a River
Gandhi