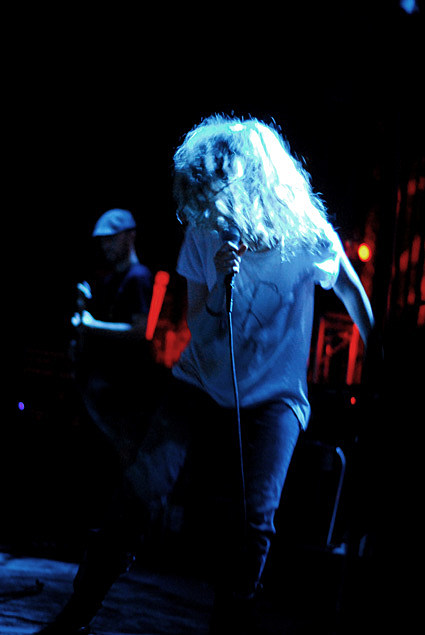 Patti Smith played the new Music Hall of Williamsburg last night (Sept 6, 2007) - two nights later than she was supposed to. I unfortunately wasn't there, but Edwina Hay was on hand do document the festivities. Her report includes the part where Patti humorously read from the Brooklyn Vegan comments. I'd be lying if I said I didn't think that was pretty cool. 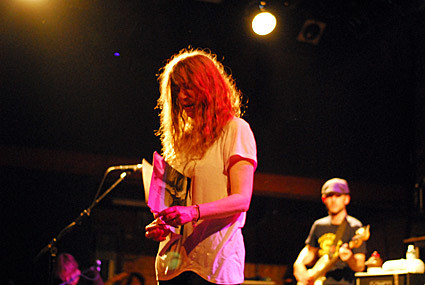 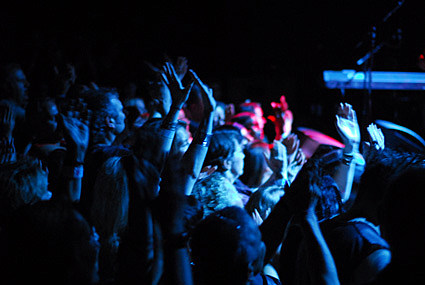 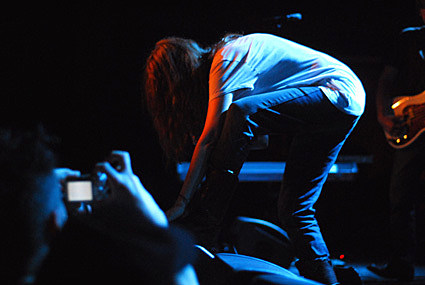 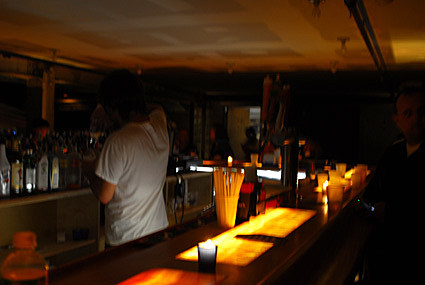 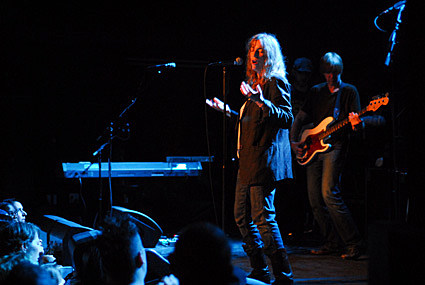 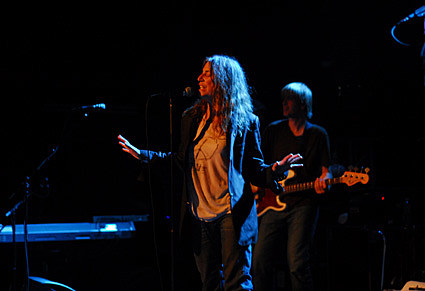 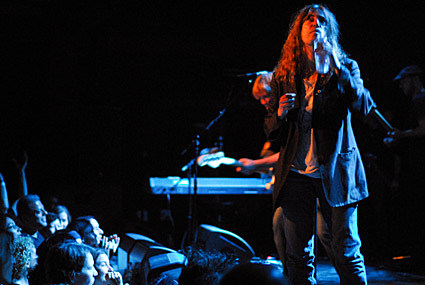 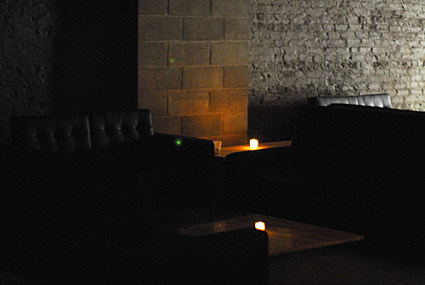 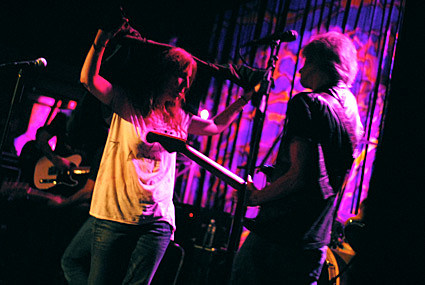 patti was really great. she cleared up some of the misconceptions regarding the postponement of the show. she told a story of how she met a turtle at nearby galapagos and missed her soundcheck. she also talked a lot between songs and was really, really funny. she talked about the comments in the post about the show being postponed and how ridiculous they were (the indie vs. indy vs. indiana debate was specificially mentioned). she said it was unfair to blame the construction workers who were working on their holiday, labor day. also, she doesn't participate in online forums because she doesn't like filling out the forms. she also apologized for charging so much for tickets and someone shouted back, "you're worth it."

she did her cover of nirvana's "smells like teen spirit" and talked about a journalist's review she saw on itunes. the person said negative things about her covering that song, but eventually gave the song a listen and apologized.

a song was dedicated to luciano pavarotti, and she told the story of how jackson, her son who is in her band, was missing from his bedroom when he was 7 or 8 years old. she eventually found him outside their house -fishing under the moon while listening to pavarotti on his boombox.

she went on about 9:05 and played for more than 2 hours. the encore was "rock n' roll nigger" and was a fantastic way to end her set. -edwina

Patti's next NYC is at the Beacon Theater. She said it will be special because it's it's fred "sonic" smith's birthday.