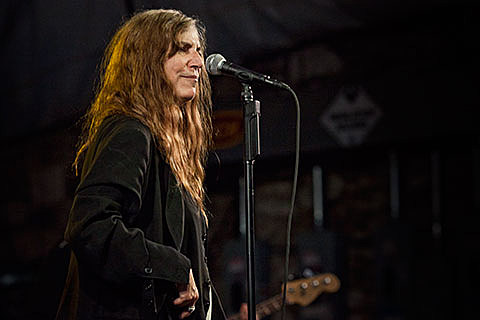 As discussed, this year NYC punk legend Patti Smith is doing her year-end shows at Webster Hall on December 29 and 30. Since we last spoke, she's announced a third show in the area happening right before in Long Island at The Space at Westbury on December 27. Tickets for the newly-added date go on sale Friday (11/8) at noon and tickets for the Webster Hall shows (same link) are still available.

Opening the Webster Hall shows is Belle Ghoul, the project of Patti Smith's daughter Jesse Smith and Electric Six's Christopher Tait. No opener has been announced for the Space at Westbury show.