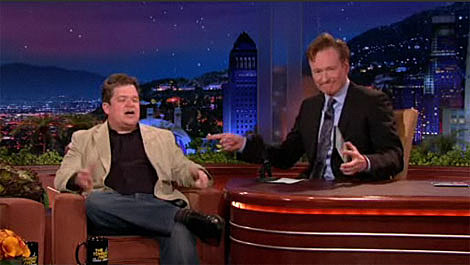 "The late-night nightmare is almost over. Conan O'Brien is leaving NBC and receiving a payout--and he'll be free to appear on another network before his contract expires, Kim Masters reports.

The NBC-Leno-Conan war is close to ending, according to a knowledgeable source. According to the outlines of a settlement, Conan O'Brien will leave NBC and the network will make an as-yet unspecified payment. The comedian will be free to appear elsewhere on television well before his contract expires, despite earlier threats from NBC that it would prevent him from working anywhere else.

There is still opportunity for the negotiation to fall apart, but clearly, at this point it is in NBC's interest to put an end to this dismal episode." [The Daily Beast] (via Gawker)