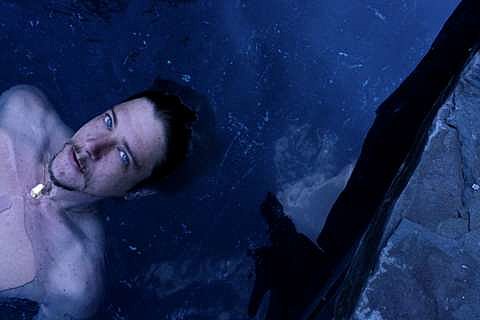 In case you haven't been outside in the last couple weeks, summertime is here. And if you don't believe me, perhaps you'd take the word of a more public figure, like Interpol's Paul Banks. Actually his song is called "Summertime is Coming," but he probably wrote it a while back. It will probably not usurp Carly Rae Jespen from her Queen of Summer 2012 iron throne, but it is a fine bit of Banks-ian melodrama. You can download it at the top of this post.

It's on Banks' new Julian Plenti Lives EP which came out today and features two Banks originals plus covers of J Dilla, Frank Sinatra (he kinda nails Ol Blue Eyes' "I'm a Fool to Want You"), and '80s-era composer Harold Faltermeyer (the guy who wrote the Beverly Hills Cop theme). You can listen to the whole thing below via a Spotify widget. Banks will also have an album out in the fall which seems more his season. He'll also be performing at FYF Fest in L.A. in September.