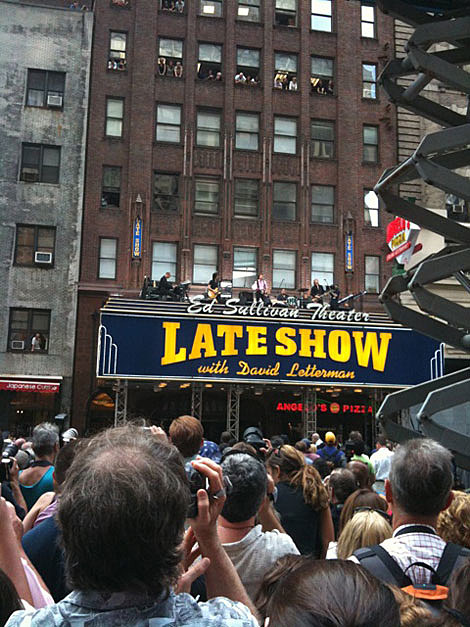 "Paul McCartney returned in grand fashion to the theater that launched his career in Manhattan more than 45 years ago.

It was February of 1964 when The Beatles took the stage on The Ed Sullivan Show and sent the nation into a frenzy that would become "Beatlemania." This time around, however, McCartney passed on the stage for this performance, and instead took the roof of the Ed Sullivan Theater with a surprise performance on the marquee for Wednesday's taping of the Late Show with David Letterman.

Thousands of fans packed the streets outside the theater to see the legend's spectacular return to his roots, a rare opportunity now with McCartney preparing to kick off what he's said will be his final tour." [CBS]

The above picture was taken some time between 5 and 6 pm. Video clips, some taken from neighboring buildings, below...