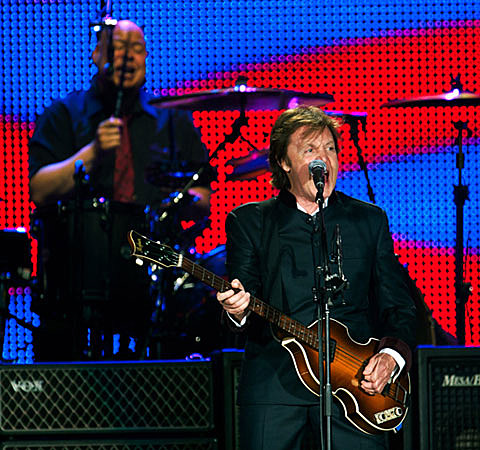 Paul McCartney has been slowly revealing dates for his 2013 "Out There" tour, including Fenway Park, Bonnaroo, Outside Lands, and two Austin shows. And after dropping a hint that he'd be announcing a Brooklyn show, we now know for sure that he's playing Barclays Center on June 8 and 10. Tickets to both nights go on sale Monday (4/22) at 10 AM.

Updated North American dates (including his also just-announced Milwaukee show) are listed below...