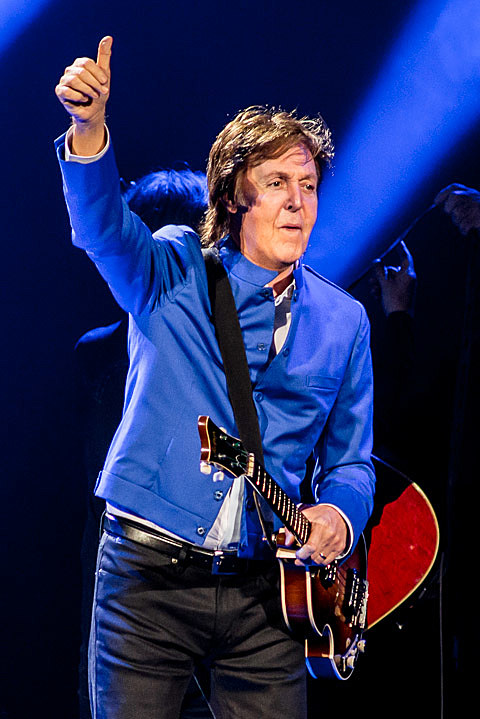 Paul McCartney's Out There tour just swept through Austin with a two-night stand at the Frank Erwin Center and we've got pictures (and setlists) of the pyrotechnic/av/hit-filled extravaganza over at BV Austin.

The former Beatle plays two nights at Barclays Center in a couple weeks and while  the June 8 show appears to be sold out, tickets are still available for June 10.

In other news, McCartney has joined the growing list of musicians supporting the release of incarcerated Pussy Riot member Maria Alyokhina who is currently on a hunger strike. He wrote a letter to Russian officials, saying:

My personal belief is that further incarceration for Maria will be harmful for her and the situation as a whole, which, of course, is being watched by people all over the world. In the great tradition of fair-mindedness which the Russian people (many of whom are my friends) are famous for, I believe that you granting this request would send a very positive message to all the people who have followed this case.

Meanwhile, the classic 1976 live album, Wings Over America, is getting the deluxe box set reissue treatment next week (5/28) with a bonus disc of audio, a DVD featuring a rarely-seen television special, Wings Over the World, a photo booklet and more. The original release was the first  triple album to go to #1 on Billboard's albums chart. You can watch a video "unboxing" the reissue below.