the stage before Paul went on (via Karen Durkot) 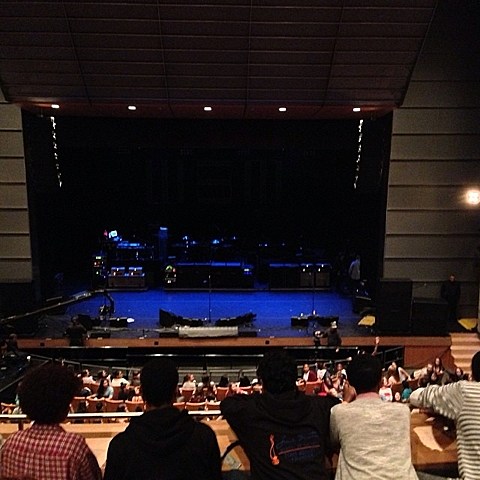 Earlier today we mentioned that Paul McCartney came to a school in NYC -- Astoria's Frank Sinatra School of the Arts, to be exact -- to continue the promotion for his new album, New, which comes out next week (10/15). He played three of the new songs, plus a bunch of Beatles/Wings tunes like "We Can Work It Out," "Back in the USSR," "Blackbird," "Band on the Run," and more. You can check out a picture of the full setlist (via Q104.3) below.

The show was hosted by iHeartRadio's Jim Kerr, and included a Q&A. The whole thing will air on iHeartRadio and other stations on October 15, and it will also stream on Yahoo! a day earlier (10/14) at 9 PM EST. 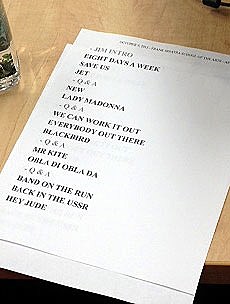