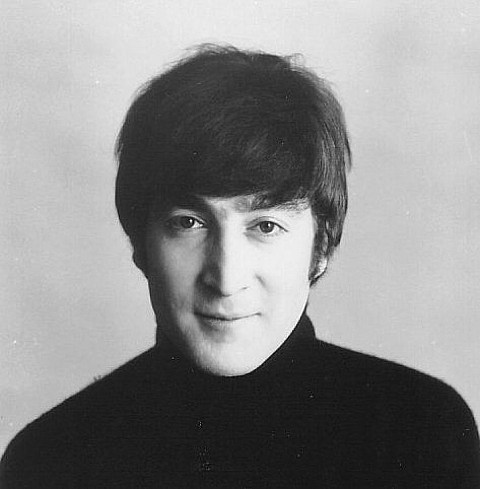 Today (12/8) marks the 34th anniversary of John Lennon's death, and in honor of that his former Beatles bandmate Paul McCartney gave an interview to ABC News recalling when he first found out about the tragic news:

"Just for days, you couldn't think he was gone. Yeah, it was just a huge shock and I had to tell Linda [McCartney's former wife, who died of breast cancer in 1998] and the kids. It was very difficult. It was very difficult for anyone. That was like a really big shock in most people's lives, a bit like Kennedy. ... For me, it was just so sad that I wasn't going to see him again."

For lack of better words, McCartney said the man who took Lennon's life -- Chapman -- all he could think was "jerk of all jerks."

"He's just a jerk. It's not even a guy politically motivated," he added. "Just some total random thing."

Sir Paul also released a new music video today for "Hope For the Future," his contribution to the soundtrack for the videogame Destiny. The video stars Paul himself as a hologram in the future, seven centuries from now. You can watch it for yourself over at Wired.

In weirder Beatles news, Dangerous Minds points out that there's a conspiracy theory website set up called The Beatles (as they were presented to us) Never Existed. Here's the theory:

This is a serious subject, not a joke, and this site is here to expose the actions of those who exploited these young men and defrauded us their fans. It is to defend the honor of everyone involved who did not take part in it willingly. It has become apparent to us in this extensive and painstaking research that there were never just four individual people known as "John", "Paul", "George", and "Ringo" who comprised one Rock & Roll band known as "The Beatles", and rose to fame as the world's first supergroup. For all intents and purposes as far as we can tell, no one such group ever existed.

We are here to explore whether the original individuals themselves ever existed (and if so, what may have happened to them and by whom), but have not been able thus far to calculate how many of each persona were fraudulently presented to the world. Please join us at the forum if you care to and can be open-minded. This is a highly-emotional topic for many of us, and most of us have very strong feelings about it. We have started this work because we were once fans to varying degrees, and many of us still listen to and enjoy their music.

The purpose of this site is to present evidence that the Beatles were always sets of multiples since their inception, and were not just four individual young men "from Liverpool", as we've been led to believe. We will be showing lots of pictures here as well as on the forum so that we may provide our evidence sufficiently.

I'm presenting here what I see as the top 4 clues as regards the Beatles being multiples. They're in no particular order, although I do begin with the clue that I noticed first when I began this research: Height Differences - sometimes from year to year, and sometimes within the same year.

I hope you will view this with an open mind, and then conduct your own research to see what you come up with as to whether this seems likely or not.

The four clues they give is height discrepancies, different eyebrows, ear differences, and teeth differences. Take that, "Paul is dead" rumors!

If you do believe in John Lennon, celebrate his life by revisiting 1971's Imagine below...