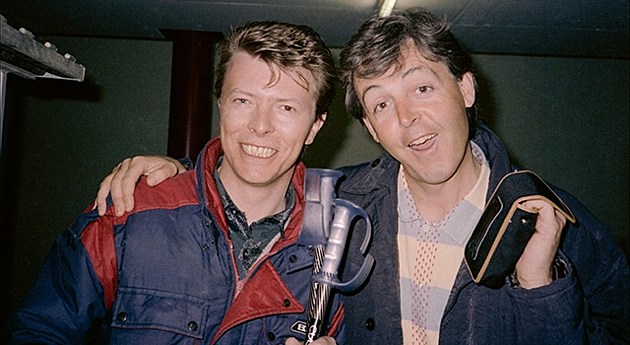 We already posted Tony Visconti, Iggy Pop, Florence + the Machine, The Mountain Goats, Questlove and Cyndi Lauper's tributes to the late, great David Bowie, and other artists have written tributes as well. Paul McCartney (pictured with Bowie above) writes:

Very sad news to wake up to on this raining morning. David was a great star and I treasure the moments we had together. His music played a very strong part in British musical history and I'm proud to think of the huge influence he has had on people all around the world.

"I send my deepest sympathies to his family and will always remember the great laughs we had through the years. His star will shine in the sky forever.

The Rolling Stones posted tweets reading: "The Rolling Stones are shocked and deeply saddened to hear of the death of our dear friend David Bowie. As well as being a wonderful and kind man, he was an extraordinary artist, and a true original."

Jarvis Cocker of Pulp, who were clearly heavily influenced by Bowie, talked to BBC 6Music:

He was like an umbrella for people who felt a bit different. Bowie was like a like a lighthouse that guided those people and made them feel it was alright to be different, to try things out and dye your hair and wear strange clothes. I think people feel it very personally because he was very important in how people grew up.

I do think it's quite amazing that he put this record out and managed to keep it secret that he was ill. People should watch that 'Blackstar' video and listen to that song. It's like he's saying goodbye to everybody, he's controlling it.

We can all talk about David Bowie. I think the best thing to do on this day would be to listen to him, and to watch films of him and just see what a fantastic artist he was and how many different guises he had, and the incredible amount of work that he did.

Obviously it's a sad day that he's died, but the fact that he managed to stay in control of that image and make another artistic statement when he was obviously ill and knew that he was dying, I think that's incredible and it makes me feel quite happy that he stayed creative right to the end of his life. I think that can only be inspirational." 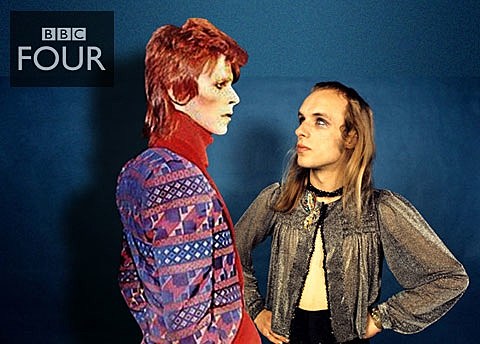 Brian Eno (pictured with Bowie above) said in a statement via BBC:

David's death came as a complete surprise, as did nearly everything else about him. I feel a huge gap now.

We knew each other for over 40 years, in a friendship that was always tinged by echoes of Pete and Dud. Over the last few years - with him living in New York and me in London - our connection was by email. We signed off with invented names: some of his were mr showbiz, milton keynes, rhoda borrocks and the duke of ear.

About a year ago we started talking about Outside - the last album we worked on together. We both liked that album a lot and felt that it had fallen through the cracks. We talked about revisiting it, taking it somewhere new. I was looking forward to that.

I received an email from him seven days ago. It was as funny as always, and as surreal, looping through word games and allusions and all the usual stuff we did. It ended with this sentence: 'Thank you for our good times, brian. they will never rot'. And it was signed 'Dawn'.

I realise now he was saying goodbye. 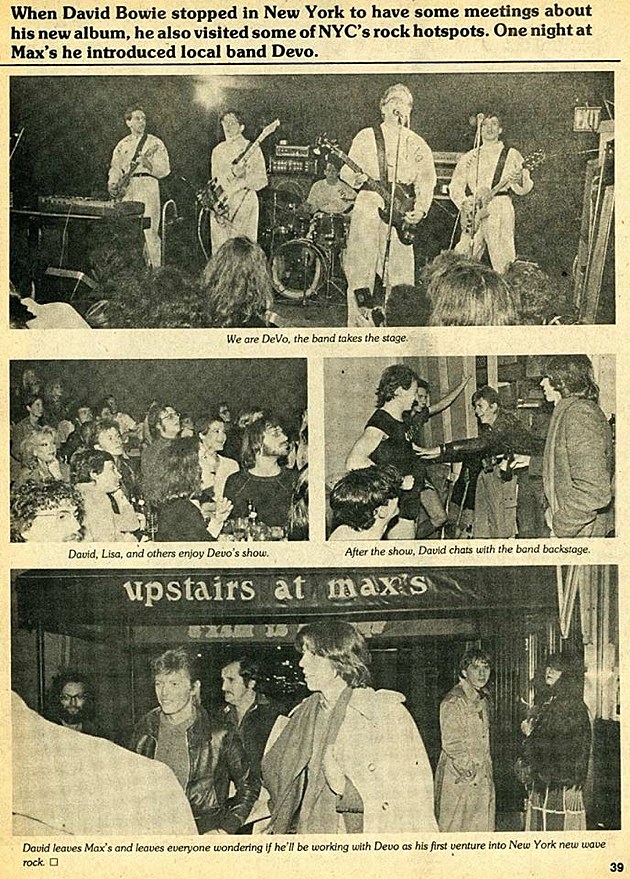 Gerard Casale of Devo (pictured with Bowie at NYC's Max's Kansas City, from a 1970s issue of Rock Scene Magazine, above) wrote: "David Bowie was one of the greatest artists of all time. I feel privileged that I ever got to know him. He gave Devo his blessing. He remained true to his art until the end like I wanted so badly for us to do."

Bernard Sumner of New Order writes: "Very shocked and saddened to watch the news this morning and hear about the death of David Bowie. I always looked up at him and thought yeah - he's the real deal, indisputably good, a figurehead for a whole host of musicians I'm sure. We've lost someone unique who can't be replaced."

Soft Cell's Marc Almond says, "It's not often I truly cry at the loss of an artist but I'm devastated. He meant so much. Goodbye David Bowie and our youth. We loved you. X" 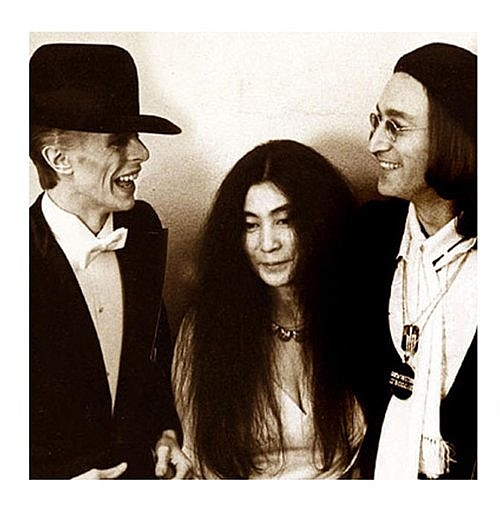 Yoko Ono posted the above photo and this message:

John and David respected each other. They were well matched in intellect and talent. As John and I had very few friends we felt David was as close as family.

After John died, David was always there for Sean and me. When Sean was at boarding school in Switzerland, David would pick him up and take him on trips to museums and let Sean hang out at his recording studio in Geneva.

For Sean this is losing another father figure. It will be hard for him, I know. But we have some sweet memories which will stay with us forever.

Sean adds, "Absolutely devastating news. I feel so lucky to have considered you a friend. R.I.P. Thank you for everything."

Rough Trade shops have announced that they're donating all January profits from Bowie recordings to cancer research.

Lou Reed is unfortunately not around to tell us what he thinks today, but we're sure he's greeting the "master" in the sky.

Goodbye friend. So many tears, and so lucky to have passed in the same solar system.