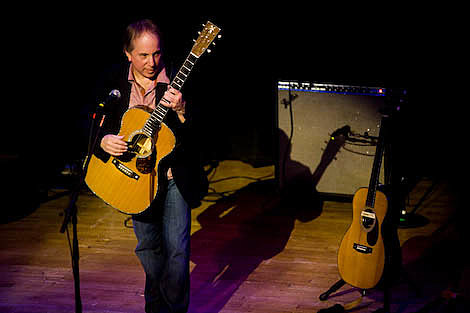 It is only fitting that one of New York's very own would celebrate another New York icon as Paul Simon takes the stage, following MSGE's restoration, to "reopen" this legendary theatre. Simon first performed at the Beacon in 1990 alongside Paul McCartney and returned for a critically acclaimed three-night run in December of 2000. Simon also made an appearance at the Theatre in 2003 for Willie Nelson's nationally televised 70th birthday celebration. Simon's highly anticipated two-night run on February 13 and 14 to reopen the Theatre will mark his first show at the Beacon in nearly six years...

...Tickets to either of the two historic nights, and all concert events at the facilities at Madison Square Garden, Radio City Music Hall and the Beacon Theatre, are available beginning on the first day of sale through Ticketmaster Charge By Phone and all Ticketmaster Outlets, and beginning on the second day of sale at the Garden and Music Hall Box Office. Tickets for February 13 and 14 will range from $80-$265 and will go on-sale starting at 9 AM on January 25.

There were lots of good guesses. The Bruce Springsteen people were pretty convincing too, though I thought for sure it was Bob the Builder.

In barely related news, Deer Tick recently gave away a cover version of one of Paul Simon's songs. You can grab that MP3 HERE.

Phosphorescent is giving away a cover of Paul's friend Willie Nelson.

Another legendary artist, Leonard Cohen, also has a show coming up at the Beacon.

The picture above is from a recent show Paul recently played at Town Hall, another legendary seated NYC venue.