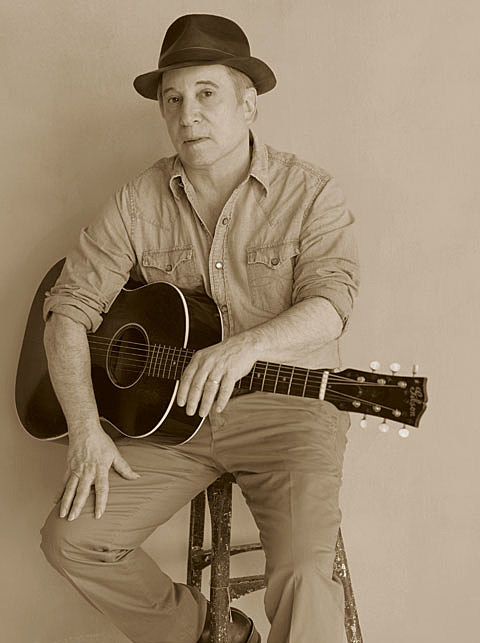 NYC did just get two nights of Paul Simon at the fabulous Beacon Theater, but I still couldn't help feeling left out since the March announcement of rare Paul Simon club dates. Seattle, LA, San Francisco, Toronto, Chicago, DC and even Boston were given chances to experience Paul up close and personal . NYC wasn't included... until now. BrooklynVegan is proud to present Paul Simon at Webster Hall on June 6! (at 8pm)

Tickets for the NYC club date will go on sale to the public on May 25 at 10am (via Ticketmaster), but there will also be a presale beginning exactly 24 hours earlier. Check in right here on BrooklynVegan.com on the morning of May 24 for presale details and a password.

You can also try and WIN two tickets on the BrooklynVegan Facebook page now. All tour dates, Philadelphia on June 4 & 5 included, are listed below.

Paul's Chicago club show happened on Monday at the Vic. Greg Kot was there...

"Paul Simon has played stadiums and festivals. He's done Central Park. So it was a treat Monday to see one of the most venerated songwriters of the last half-century turn the relatively intimate, sold-out Vic Theatre into his living room.

The 69-year-old singer-songwriter dressed for the occasion in loose-fitting jeans and black T-shirt underneath an unbuttoned shirt. His eight-piece multi-culti band framed him, with Simon at times resembling a crossing guard at a three-way intersection as he directed musical traffic. His foot tapped, his arms waved, he crouched and jutted a guitar toward his musicians, he even played an air washboard solo...

The full Chicago setlist, all tour dates, and videos of Paul performing new songs "Rewrite" and "So Beautiful or So What" on Saturday Night Live over the weekend (Ed Helms was the host), below...

--
Paul Simon set list Monday at the Vic Theatre - May 16, 2011
1 The Boy in the Bubble
2 Dazzling Blue
3 50 Ways to Leave Your Lover
4 So Beautiful or So What
5 Vietnam (Jimmy Cliff cover)
6 Mother and Child Reunion
7 That Was Your Mother
8 Hearts and Bones
9 Mystery Train (Junior Parker cover)
10 Slip Slidin' Away
11 Rewrite
12 Peace Like a River
13 The Obvious Child
14 The Only Living Boy in New York (Simon & Garfunkel)
15 The Cool, Cool River
16 Getting Ready for Christmas Day
17 Diamonds on the Soles of Her Shoes
18 Gumboots