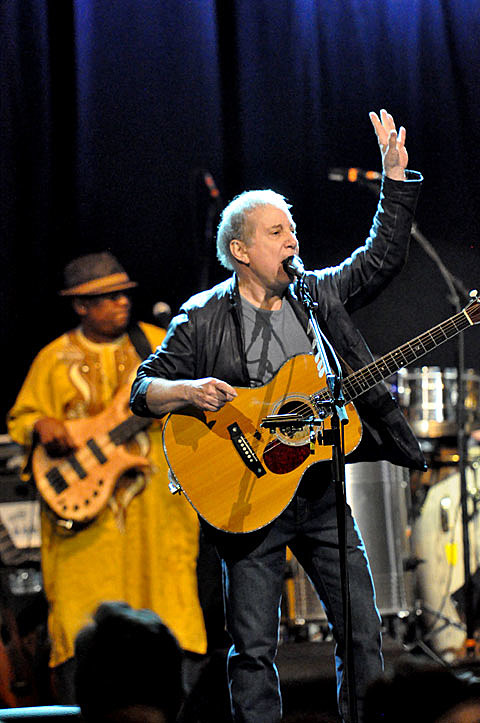 Back in 2011, Paul Simon played a small (for him) club date in NYC, a BrooklynVegan-presented Webster Hall show, and that show is now being turned into a live album/film called Paul Simon Live in New York City which will be out on 2-CD / 1-DVD on September 18. That show was part of Paul's tour of his 2011 LP, So Beautiful or So What, and included a number of tracks off of that album, in addition to many of his classics like "Mother and Child Reunion," "The Sound of Silence," "The Only Living Boy in New York," and others.

Based on the tracklist, which you can check out below, it won't be including the part of the encore when David Byrne came out to perform "You Can Call Me Al" and the Talking Heads' "Road to Nowhere" with Paul, or Paul's cover of "Here Comes the Sun," but the majority of the show was captured and will be available. To get a glimpse of what you can expect, check out a video of Paul and his band playing "Dazzling Blue" at that show, along with the film trailer below.

Those videos, the cover art, and tracklist are below. 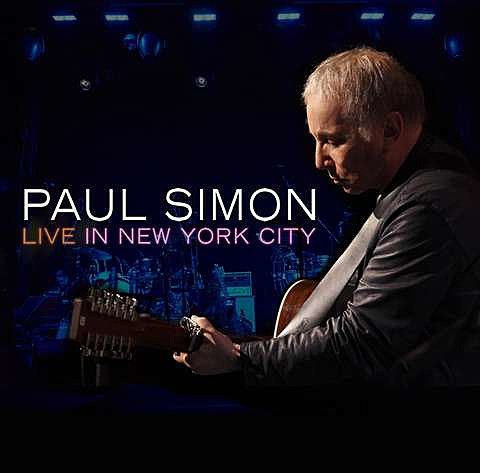 Paul Simon Live In New York City tracklist:
The Obvious Child
Dazzling Blue
50 Ways To Leave Your Lover
So Beautiful Or So What
Mother And Child Reunion
That Was Your Mother
Hearts And Bones
Crazy Love, Vol. II
Slip Slidin' Away
Rewrite
The Boy In The Bubble
The Only Living Boy In New York
The Afterlife
Diamonds On The Soles Of Her Shoes
Gumboots

Encore:
The Sound Of Silence
Kodachrome
Gone At Last
Late In The Evening
Still Crazy After All These Years