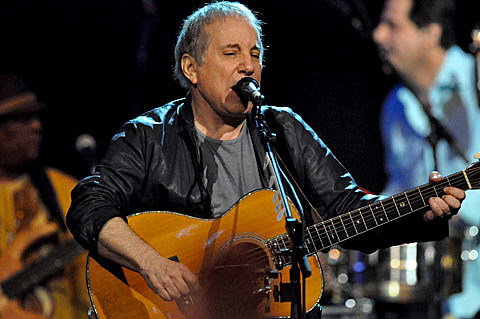 Singers Paul Simon and his wife Edie Brickell were arrested over the weekend in Connecticut after police investigated a "family dispute," the New Canaan Police Department said.

Police said they responded at 8:20 p.m. on Saturday, gathered information and found probable cause to arrest Simon, 72, and Brickell, 47. Both were both charged with disorderly conduct, according to a news release from New Canaan Police. - [NBC Connecticut]

It was initially reported that Simon had been arrested on domestic violence charges but that has since been clarified as "disorderly conduct" for both. Neither he or Brickell -- who have been married since 1992 and have three children together -- were taken into custody.