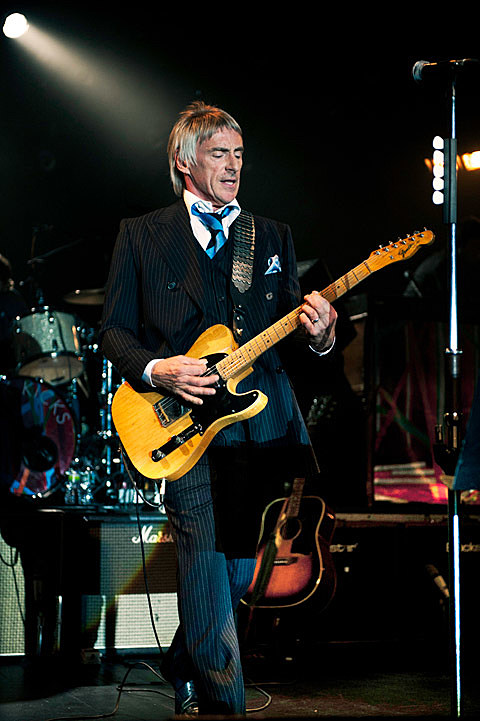 Paul Weller has just announced a short U.S. summer tour that will include two three shows in NYC: July 25 at The Apollo, July 26 at Webster Hall and July 27 at Music Hall of Williamsburg. Tickets for all shows on this East Coast run (which will be his only U.S. shows of 2013) go on AmEx presale on Wednesday (4/17) at noon with the general on-sale happening Friday (4/19) at noon.

For Record Store Day 2013, Paul will be releasing Sonik Kicks: The Singles Collection, which culls all four singles from last year's Sonik Kicks LP in a 7" box set on colored vinyl. It also includes a fifth 7" with acoustic versions of "That Dangerous Age" and "Be Happy Children." The box set, limited to 600 copies worldwide, also comes with a poster autographed by the man himself. You can check out a video on the RSD13 release, along his tour schedule, below.