"2 encores, ALL of Slanted (pretty much), and new lyrics to The Hexx." - Karina Longworth 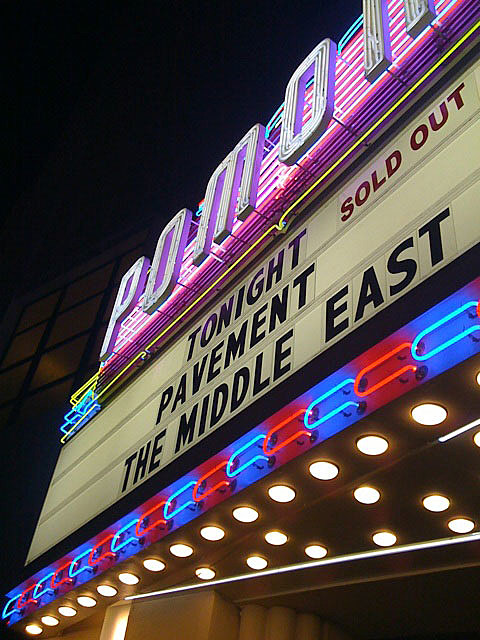 "We were responsible for creating the whole suburban Williamsburg thing," Malkmus says. "You know, the Strokes to Arcade Fire." Translation: Pavement taught the indie-rock underground to love itself without sacrificing the ambivalence and irony and smarts that made it what it was. "We were skeptical of record company guys with ponytails," he adds. "The great '80s bands, the Replacements and Hüsker Dü, tried to change their sound to be on major labels; the records they made weren't terrible, but they'd lost something. We didn't want to do that." [SPIN]

Pavement played their first US reunion show, a warm up for Coachella and then some, last night in Pomona. Pavement, along with Sonic Youth and one band Mark Ibold isn't in, No Age, will return to California to share a bill at Hollywood Bowl on September 30th. Tickets for what appears to be the final show of the reunion tour go on sale Sunday, 5/2, at 10am PDT. Sunday is also the day that the band play their set at Coachella.

The full Pomona setlist and all dates below... 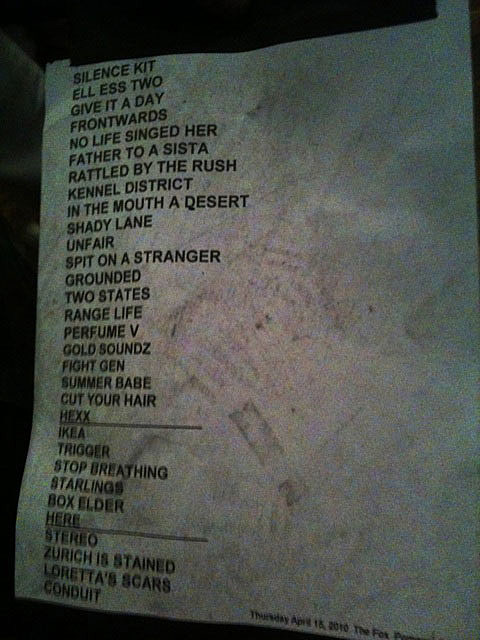