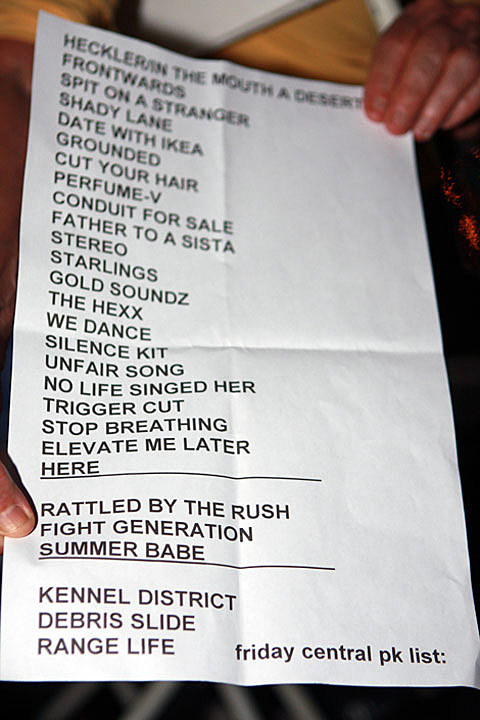 That's a picture of the setlist from Friday night's Pavement show in Central Park, the fourth of four Summerstage shows, and the fifth of five NYC shows that kicked off Sunday night at Williamsburg Waterfront. They substituted 'Heaven Is A Truck' for 'Fight Generation', and those hands reportedly belong to the woman who gave birth to Mark Ibold. More later.