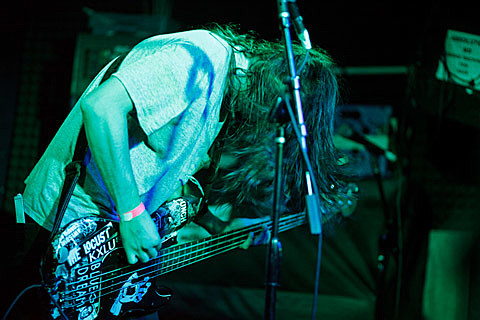 Scottish fuzz rock trio PAWS are appearing on a new Valentine's Day compilation that Fuzzkill Records is putting out. Their contribution is a stripped-down, lo-fi cover of Phil Phillips' 1959 hit "Sea of Love" (also later recorded by Iggy Pop, Tom Waits, Cat Power and others), and that makes its premiere in this post. Listen below.

Stream the PAWS track below...