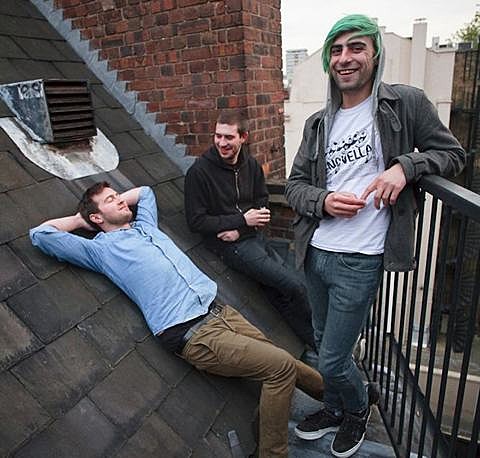 Scottish indie rock trio PAWS have just released a video for "Sore Tummy," which is probably the catchiest song on Cokefloat!, the band's debut album that is brimming with hooks. You can watch it below.

As mentioned, PAWS are coming to America for SXSW and making a tour out of thier visit. In addition to their previously-announced show at Glasslands on March 5 with Ovlov (tickets), the band are also playing Cake Shop on March 6 (additional bands TBA) and Shea Stadium on March 9 with Total Slacker and Slam Donahue. No advance tickets for either of those shows.

A list of all PAWS tour dates, and the "Sore Tummy" video, are below...