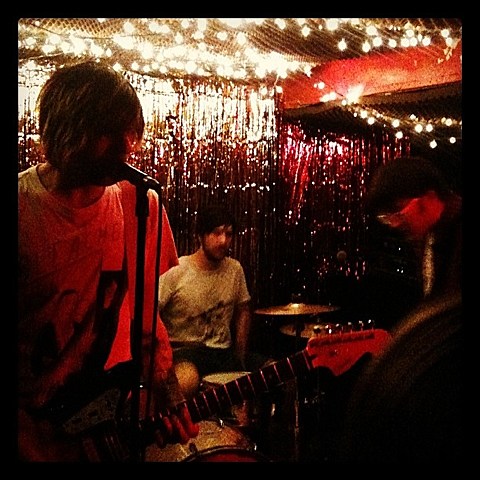 Scottish trio PAWS brought their raucous pop punk to the US this week, having touched down in NYC for shows at Glasslands on Tuesday (3/5) and Cake Shop last night (3/6). I caught their set in the low-ceiling, dimly lit basement of Cake Shop last night and they're just as upbeat and energetic at their shows as they are on Cokefloat!, their debut album, which came out last year. They played a bunch of choice cuts from that album like "Sore Tummy," "Catherine 1956," and "Bloodline," in addition to material off of their new cassette (if you were at the show, did you pick one up?) and an amped up cover of Big Deal's "Chair." It was a super fun show and you'll have one more chance to catch the band in NYC when they play Shea Stadium on Saturday (3/9) with Lost Boy? and Lame Drivers. A picture of PAWS' setlist from last night is below.

PAWS are also making their way down to Austin for SXSW, and while they're there, they'll play a BrooklynVegan day party on Thursday, March 14 at The Main and The Jr. (aka 603 Red River St aka the old Emo's location). They play The Jr stage with Parenthetical Girls, Jacco Gardner, and more TBA. PAWS are on at 3 PM and like all of our day parties, this one is 100% FREE with RSVP.

Updated PAWS dates are listed, along with last night's setlist and a stream of their cassette, below... 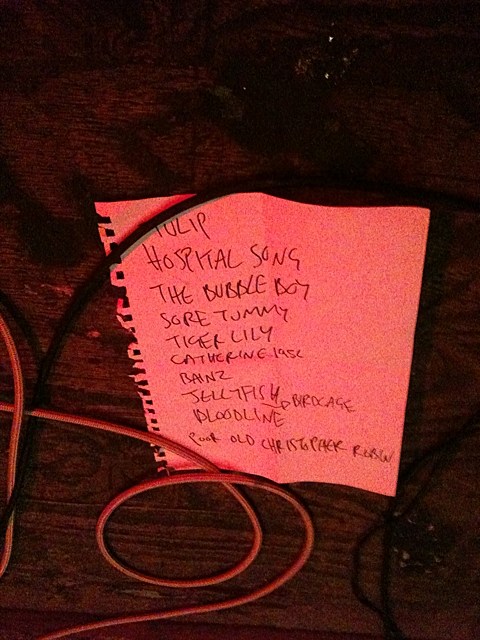