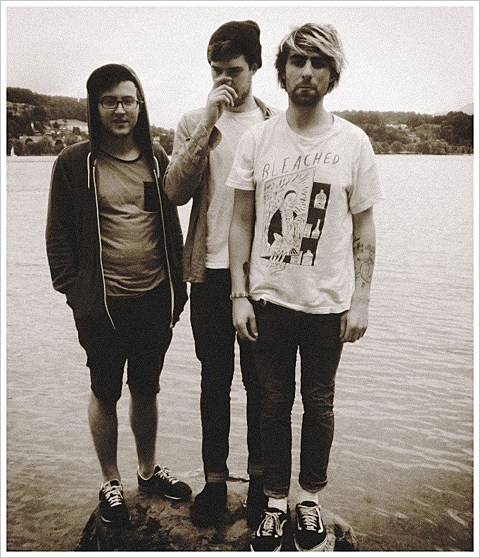 Glasgow's PAWS released their punky noise pop debut, Cokefloat!, last year via FatCat and after touring in support of it over in Europe a bunch, they'll finally make their way over to the US this March. They don't have much booked yet but we know they'll play SXSW and on the way to Austin they'll stop in NYC for a show on March 5 at Glasslands. Tickets for that show are on sale now. All dates are listed below.

Cokefloat! was one of the more promising debuts of 2012, and if you've yet to hear it, now that they're making their way over to our shores it'd be a good time to give it a spin. The album is packed with quick, punchy tunes that are endlessly catchy and as I've mentioned in the past, it's a must-hear for Japandroids fans. You can watch a Live 405 Session video of "Sore Tummy," a FatCat session, and listen to a spotify stream of the album below.