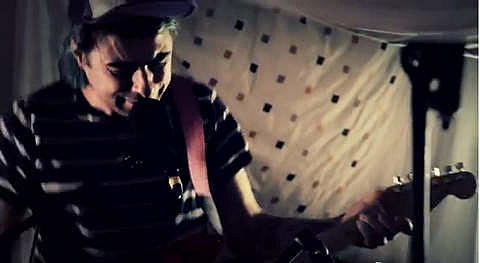 As you may remember us telling you, Glasgow trio PAWS are releasing their debut album, Cokefloat!, next month on FatCat Records and is loaded with mega-catchy, buzzy pop. The band just recorded a "FatCat Session" which involves them performing some of their songs live under what appears to be a very large blanket fort. We've got the premiere of the jangly, rockin' "Jellyfish" from those sessions and you can watch it below.

While PAWS have yet to eye North America, the band have announced a European tour that will have them trucking through Belgium, Switzerland, the Netherlands, Germany and elsewhere. All tour dates are listed below, along with the "FatCat Session" video.