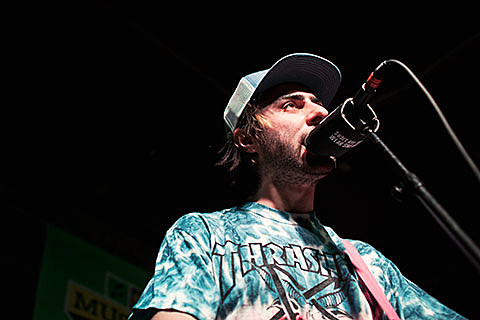 Glasgow trio PAWS have already come to NYC a couple times in support of their catchy upbeat 2012 debut LP, Cokefloat!, and they'll be back this fall to record their second album.

But that's not all. Following their time in the studio, the band will go on a US tour, and for support, they'll be taking out another band who crosses the line between punk and indie rock, Little Big League. That tour includes a NYC show happening on November 15 at Glasslands with Toons. Tickets for that show are on sale now. All dates are listed, along with the tour flyer, below.

Little Big League is a Philadelphia quartet whose lineup includes an ex-member of Titus Andronicus (Ian Dykstra) and ex Strand of Oaks live member (Deven Craige), but they've got a sound of their own apart from those connections. They're fronted by guitarist/vocalist MIchelle Zauner, whose got some powerful indie rock pipes, but she's not the only star here. The band's slightly math rock tendencies shine too, and if you've seen them, you know they can really play. The band's debut full length, These Are Good People, came out earlier this summer via Tiny Engines and it can be streamed, along with the video for "My Very Own You," below.

All dates are listed, along with the flyer and all streams, below...

Little Big League - "My Very Own You" Official Video 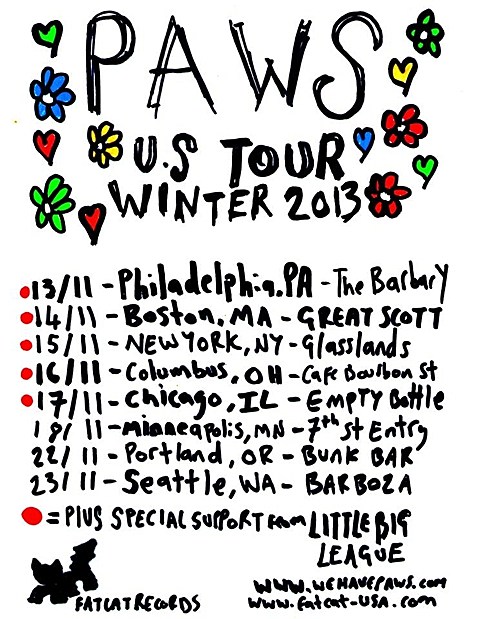