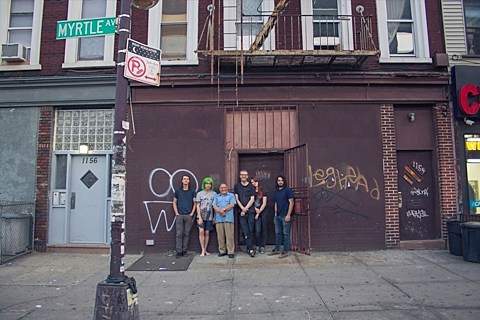 NYC's PC Worship have been making noise around their hometown for years now, and their new album Social Rust is their most cleaned-up (and possibly best) album to date. It comes out next week (9/9) as a split release on Northern Spy and Dull Tools (their first for both labels), and throughout its running time touches on dark post-punk, psychedelic rock, and outsider folk, while still finding some time to keep their noisier roots intact. Fans of anything from Parquet Courts to The Young to Destruction Unit should check this out. The album stream premieres in this post and can be listened to below.

If you like what you hear you can pre-order the vinyl, and all vinyl pre-orders come with a free edition of the "PC Worship - Dead Rust" cassette, which features alternate versions of songs from Social Rust, recorded and produced by Ben Greenberg.

PC Worship also have a tour coming up which includes three previously discussed NYC shows. First they play Palisades on September 10 with Naomi Punk (tickets), then Death by Audio on September 26 with Dick Diver, Free Time and Guerilla Toss (no advance tickets); and finally they open for Parquet Courts with Blues Control on December 11 at Webster Hall (tickets).

All dates are listed, with the new LP stream, below... 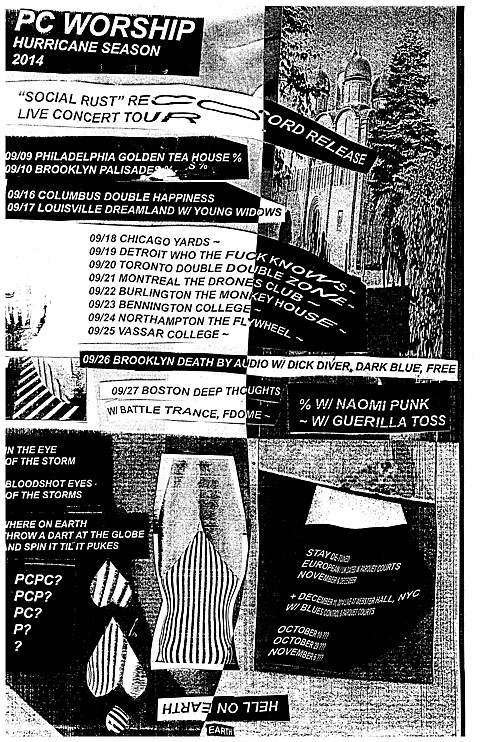