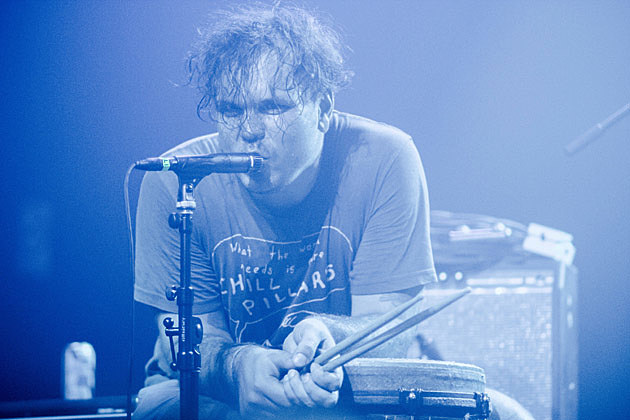 Local experimental punk crew PC Worship put out a new EP called Basement Hysteria on Northern Spy today, which is a sprawling piece of work that runs a cool 40 minutes and covers more ground than your average 4-song EP. The band trades in screeching, hissing noise, slow, sludged-out grooves, Sonic Youth-aping vocals and a surprising number of hooks buried beneath the muck. It's pretty great, and you can stream it below.

PC Worship have a fw shows coming too. One is the previously mentioned show at the Acheron this Saturday (11/14) with The Men and Wild Moth (tickets), and the other is a Basement Hysteria release show at Palisades on 12/4. That show includes support from no wave legend Arto Lindsay, avant popster Gary War, and Elder Ones, with DJ Northern Spy Records on the boards. Tickets are on sale now.

The only other show on the docket for them is part of a huge lineup of talent at the Philadelphia fest Blistering Ephemera with Xiu Xiu, Downtown Boys, Aye Nako, Guerilla Toss and more. Stream Basement Hysteria and check out dates for PC Worship below...