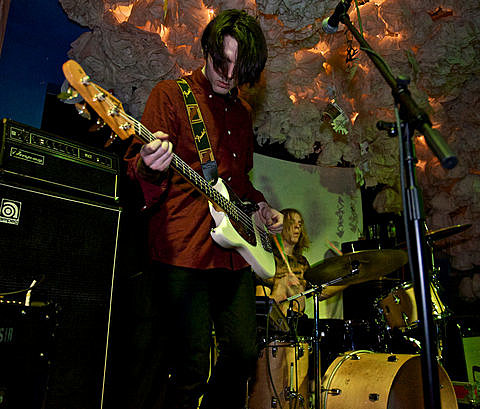 As mentioned, UK band Peace will be in NYC in June, playing Mercury Lounge on June 12 (tickets). Turns out there's another show while they're here: Knitting Factory the day before (6/11) and tickets to that are on sale now.

These are part of a North American tour that's bookended with festivals: Sasquatch in WA at the start, and NXNE in Toronto at the end. NXNE 2013 happens June 10 - 16 and the first round of bands were just announced and include The National, Flag, Merchandise, Calexico, Iceage and more. Early Bird tickets are on sale now. A flyer with all the first-round NXNE bands is below.

You can see Peace next week if you happen to be one of the thousands descending on Austin next week for SXSW and their schedule includes a stop at the BrooklynVegan day party on Saturday (3/16) at the old Emo's Jr space. Show is 100% free and open to the public with RSVP. All Peace dates are listed below.