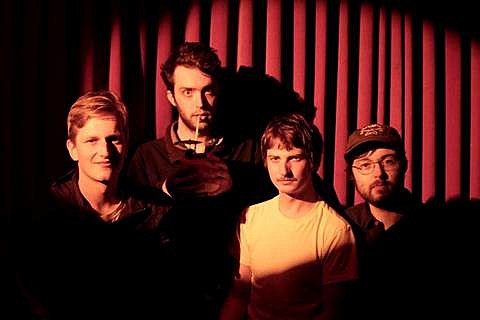 Peace hails from the burgeoning Vancouver punk scene which also home to their friends White Lung and Nu Sensae (members of all three bands form the "supergroup" Eating Out). But unlike the piercing fury of those two bands, Peace stay on the calmer side of the punk spectrum and frontman Dan Geddes sings with a croon that suggests he's listened to his fair share of Smiths records. The band put out their most recent album, The World Is Too Much With Us, last month (10/16) via Suicide Squeeze (also home to Nu Sensae). It's a quick, no filler record and it's a great listen. You can stream two of its tracks, "Your Hand In Mine" and "Tattoo," below, and download the former above.

Peace are scheduled to kick off a tour this week, which (if the Lower East Side gets power restored like ConEd is saying they will) would bring them to Pianos on Saturday (11/3) with Team Genius, The City and Horses, and Jessie Payo (tickets), and Death by Audio on Monday (11/5) with Public, Lost Boy?, and King Prom. Death by Audio is up and running again so that show should be good to go, but Pianos still has no electricity so there's more uncertainty with that one. Pianos retweeted a tweet from The Lo-Down that reads, "Hang in there, #lowereastside. 55 more hours to go. Con Ed says lights on by 11pm Saturday." If power isn't back until 11 PM on Saturday, things aren't looking very good for the Peace show. We'll keep you updated when we find out more.

A list of all dates and song streams below.

Peace - "Your Hand In Mine" 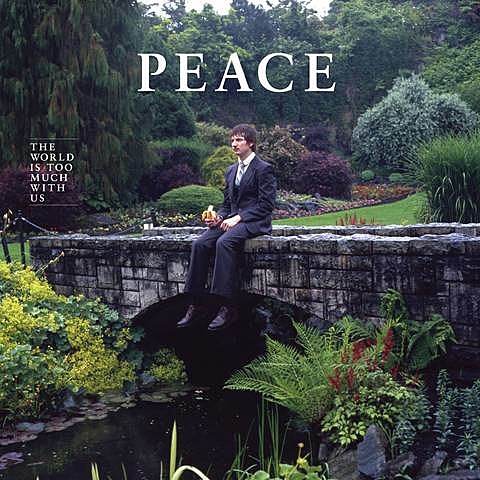