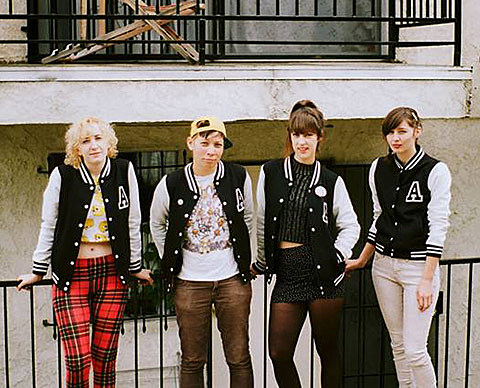 Peach Kelli Pop (aka White Wires drummer Allie Hanlon's other band) just released a new single via Porchcore Records, her first new record since 2013's Peach Kelli Pop II. Like most of her stuff, these two tracks are sugary bubblegum garage confections and you can stream them below.

Have just spent last week in Austin for SXSW, Peach Kelli Pop is now hitting the East Coast and elsewhere for a few shows including two in NYC: March 26 at Death by Audio with The Foxx, Fostercare, and Mannequin Pussy ; and March 27 at Don Pedros with Mystery Lights, and Skully.

All tour dates are listed, along with the new 7" stream, below...