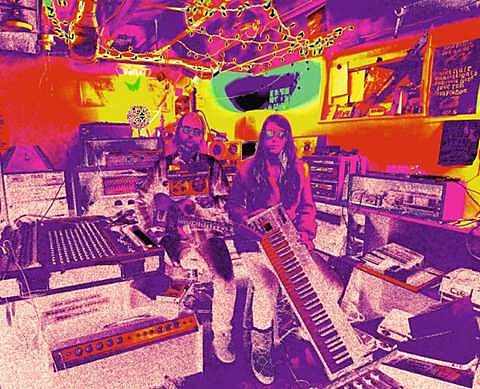 Psych/dub duo Peaking Lights are set to release their new album, Lucifer, next week (6/19) via Mexican Summer. It follows last year's great 936 LP and is a bit clearer and fuller sounding (perhaps due to an increased budget from their new label) which only benefits the band. Peaking Lights mainly have UK dates coming up, but they'll celebrate their album with a release show in NYC on June 29 with DJ Scratch Famous and a visual installation by Brock Monroe of the Joshua Light Show. The show is upstairs on 70 N 6th St. (above Public Assembly). $10 at the door, no advance tickets at this time.

An animated gif flier for the show is below, along with a list of all dates, and a stream of "Beautiful Son."