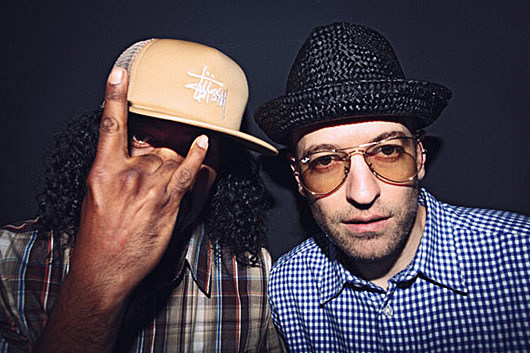 Homeboy Sandman isn't the only Stones Throw artist with shows coming up soon. Stones Throw label founder Peanut Butter Wolf has announced a DJ gig at Glasslands in Brooklyn on June 5. Advanced tickets for the 10pm-doors, 21+ event are on sale.

That's currently the only upcoming event we know about for PBW, but Stones Throw artist Dam-Funk has a bunch of upcoming shows including a DJ opening for Animal Collective's Panda Bear at Warsaw in Brooklyn on 5/18 (a sold out Red Bull Music Academy event and part of Panda Bear's recently announced tour). Meanwhile you can catch LA's "Ambassador of Boogie Funk" live and as a DJ in California including on May 8 with his labelmates Myron & E who have a lot of upcoming shows too. All dates are listed, along with Julia Holter's new remix of Stones Throw artist Boardwalk and more, below...