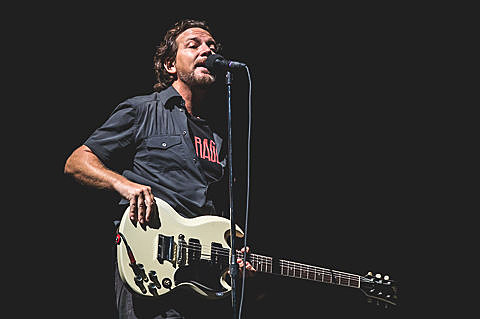 Last week, it was hinted that Pearl Jam might be playing NYC's Global Citizen Festival on September 26 in Central Park, and today that's been confirmed. The festival, curated by Chris Martin, also features his band Coldplay and Beyonce, as well as the previously announced Ed Sheeran.

Free tickets are available at the festival's website, for anyone who pledges to take an "Action Journey" -- "which include making phone calls, volunteering or participating in another effort to encourage the U.S. State Department to dedicate 50% of its foreign aid budget to the world's poorest countries" (via Billboard). You can also buy VIY tickets on Ticketmaster, starting Friday (7/10) at 10 AM.

Speaking of festivals in Central Park, Gang of Four and more were announced for Modern Sky Festival today.