The Black Keys doubled in size @ MSG (pic by rossmckillop) 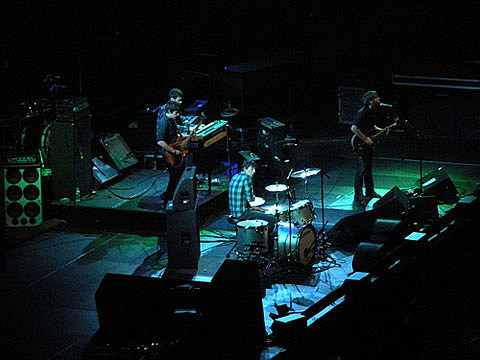 "Auerbach and Carney, who used to tour as a duo, will be joined by some extra players for the first time.

"We might bring out a couple of people to play a few of songs with us," he said. "The majority of the set will still be two-piece, but [we'll] have a couple of guys come out because we really like a lot of the arrangements on the record and it would be fun to be able to do those live instead of having to strip down. We've got two guys who helped us with the live Blakroc stuff, and we became friends with. Leon Michels, a keyboardist and Nick Movshon on bass -- they're pretty tight." [express night out] (via)

Was Eddie Vedder @ PiL one night earlier in Brooklyn? (pic by Jonathan Bayer) 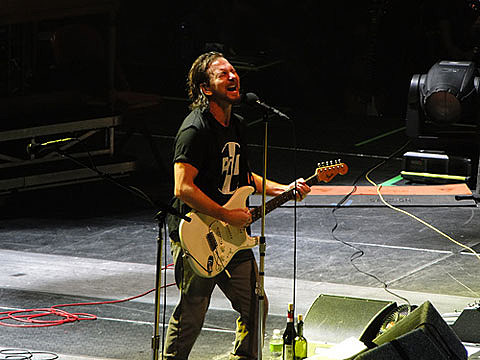 The Black Keys (with four members) opened for Pearl Jam (with Eddie Vedder in a Public Image Ltd t-shirt) at MSG last night (5/20). It was Pearl Jam's 1st of 2 shows in a row at the NYC venue. The next is tonight, Friday, 5/21, but with Band of Horses opening instead (maybe The Black Keys will go check out Macgruber). The Black Keys, who also played a Microsoft Kin show in NYC the other day, played a benefit at Housing Works bookstore one night before MSG. Videos and setlists from both shows (for both bands) below...

The Black Keys - Too Afraid to Love You - Live @ NYC Bookstore!

The Black Keys - Girl Is On My Mind - live @ NYC Bookstore! 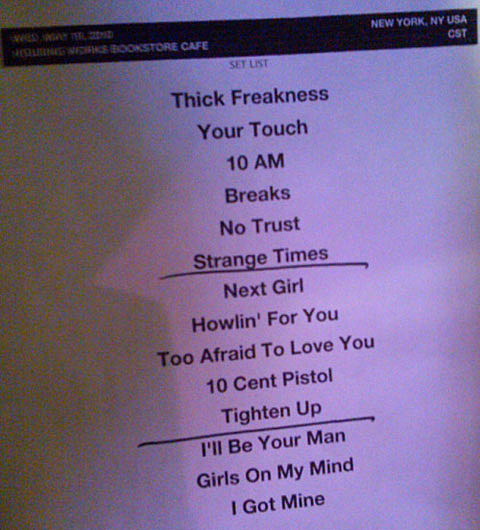