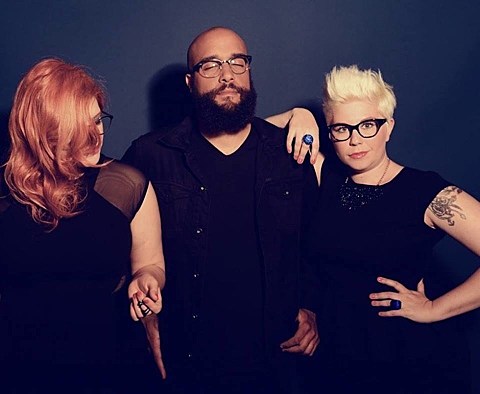 Brooklyn pop band Pearl and the Beard have a new album called Beast on the way, and its new single "Anything" premieres in this post. It's the kind of song that has as much in common with mainstream artists like Drake and Beyonce as it does with artists who generally fall under the "indie" umbrella like How to Dress Well and The xx. (James Blake is likely an influence too.) Eventually though, the song ditches its downtempo pop and builds to an arena-sized rock crescendo.

The band's only upcoming dates at the moment are on the West Coast, but they'll likely play their hometown again soon. All are listed, with the new song stream and a quote from P&tB's Jocelyn Mackenzie on the song, below...

Jocelyn Mackenzie on the new song:

"Anything isn't like any other song we've ever written together. It was a true collaboration and involved a lot of inprovisation and playing with sonic elements we've never explored. The lyrics were interpreted from Jeremy's 'mumblecore,' which is just the nonsense syllables he'll sing along to a melody before we have actual lyrics written. Instead of trying to develop a lyrical narrative over the very textural sonic landscape, we turned his syllabic emoting into lyrics and ended up with something we all found striking and sexy"