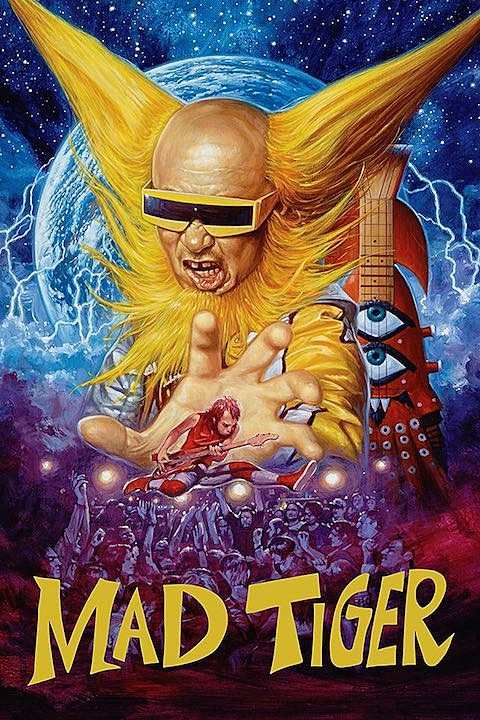 The saga of Japanese outer space heroes / rock band Peelander-Z has played out on stage and on albums for nearly two decades. You can now go behind the flying kicks and action comic riffs with a new documentary, Mad Tiger, directed by Jonathan Yi and Michael Haertlein:

MAD TIGER is a feature length documentary that follows the relationship of two Japanese men, Yellow and Red, who have been best friends, band mates, and business partners touring the United States in a performance-art punk band called Peelander-Z for the last fifteen years. When Red decides to quit, their relationship is tested by life beyond the band. It's a movie about friendship, creative partnerships, letting go of the past, forgiveness, and the sacrifices people make in creating art.

BrooklynVegan is premiering the trailer for Mad Tiger and you can watch that below.

Mad Tiger makes its world premiere at the 2016 DOC NYC festival. The screening happens November 13 at IFC Center at 11:45 PM. Both Peelander-Yellow and former member Peelander-Red will be in attendance for a post-screening Q&A. Tickets are on sale now. The film has also been picked up by distributor Film Movement who will release the film theatrically in spring 2016.

The soundtrack for Mad Tiger was composed by Seattle post-rock band, Joy Wants Eternity, and it's out now on limited edition picture disc vinyl. You can stream the soundtrack below.

In other news, Peelander-Z start a fall tour tonight in Columbus, Ohio and will wrap up on November 21 at Alphaville in Brooklyn. Tickets for Alphaville are on sale now. All dates are listed below.