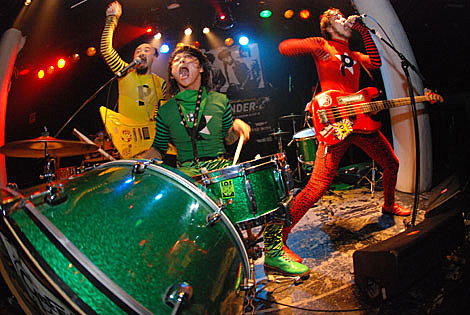 Peelander-Z, "the Japanese Action Comic Punk Band based in NYC," are currently on tour. The finale for that trip will be the band's CD release show at the Studio at Webster Hall on Saturday, May 16th. Also playing are Uzuhi and The Back C.C.'s. Tickets to the show are on sale. If you miss it, tickets are also on sale for another Peelander / Uzuhi show happening at Santos Party House in July. All dates below.

The Studio show will celebrate the release of P-Pop-High School, which is out now on the band's Eat Rice label. The MP3 posted above, "Let's Go! Karaoke Party!" (also with karaoke version) is from that record, as is "Ninja-High Schooool," the video for which is below.

Check out that video, with other clips of the band at SXSW and more, a poster for the CD release gig, and all dates, below... 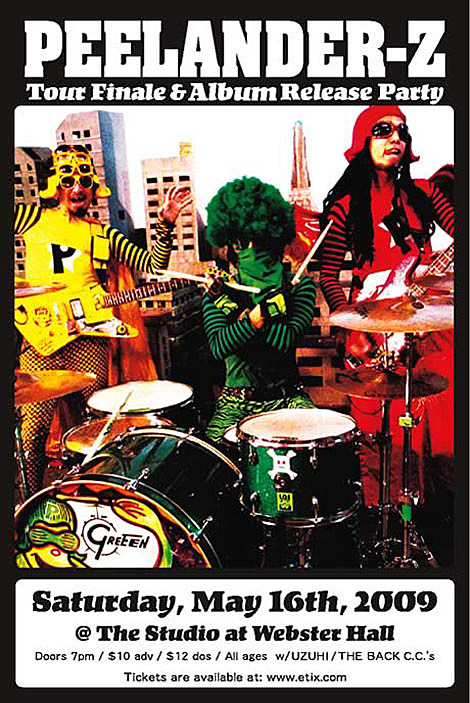