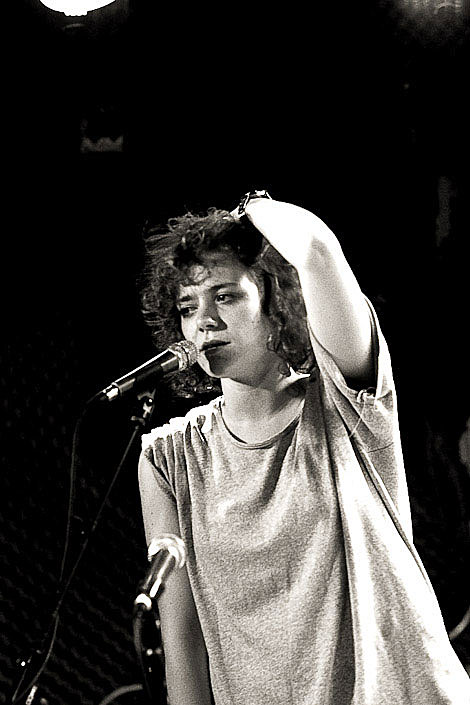 "Sure, there were fewer UK music press and record label people than usual at the industry jolly, but a swathe of British bands were still touting their wares [at SXSW] - proving that despite being less than half the size of Texas, we can more than hold our musical own. Aside from spots by Kanye West, Tori Amos, Metallica and a talk by Quincy Jones the biggest acts of the weekend were all British. There was a keynote speech from Jarvis Cocker, gigs from Echo and the Bunnymen, Primal Scream, Glasvegas, Graham Coxon and PJ Harvey, as well as shows from the hype-friendly likes of Little Boots, Late of the Pier, Gallows, Mumford and Sons (whose keyboard player was taken off a connecting flight in Atlanta due to a peanut allergy), Peggy Sue, and Laura Marling." [Guardian]

When Tim, and at least one member of Los Campesinos! weren't at Sky Larkin's Mercury Lounge show, or Micachu's Cake Shop show, they were spending part of their portion of Monday night's British Invasion in NYC, at Pianos checking out Peggy Sue & the Pirates (who went on before Jay Jay Pistolet who also played Sidewalk Cafe last night). The Peggy pics in this post are from that Pianos show...

"Those two girls looked tired and it showed in their music. I truly adore their music, a strong gospel meets country roots folk. It's different from the other anti-folk music coming out of the U.K. "Lazarus" could have easily fit into O Brother, Where Art Thou? with it's terrific harmonies and heavy drum beat. I wanted to get that feeling from their live set, but it was decent, not great. I did have high expectations, but I think the circumstances of playing late and still having that SXSW hangover affected their performance. They get a pass. What we did get is a fun cover of Missy Elliot's "Up In My Grill"." [Music Snobbery]

If you missed it (or their added-at-the-last-minute opening set for Ladyhawke at Bowery Ballroom last night), there are two more NYC chances to catch Peggy - tonight (3/25) at Sidewalk Cafe, and tomorrow (3/26) at Death By Audio. More pictures from Pianos below... 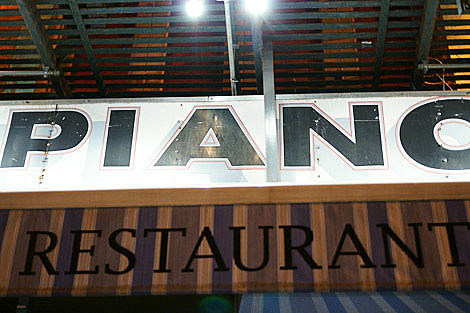 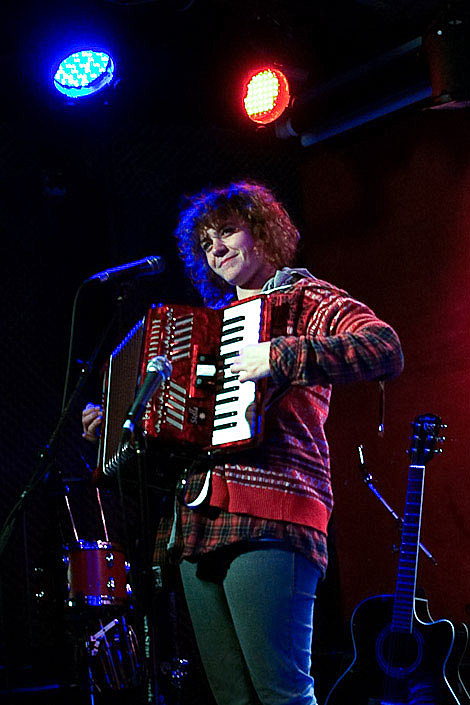 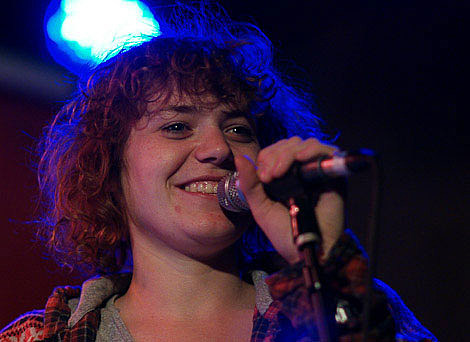 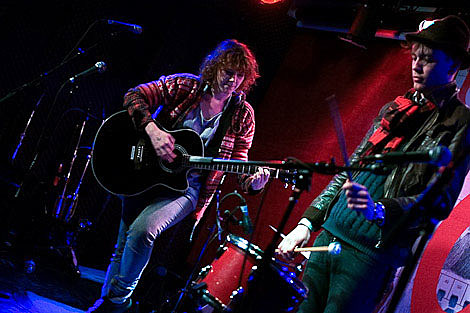 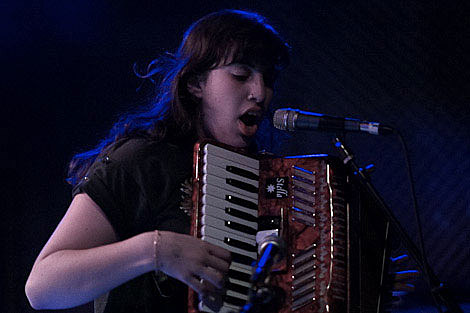 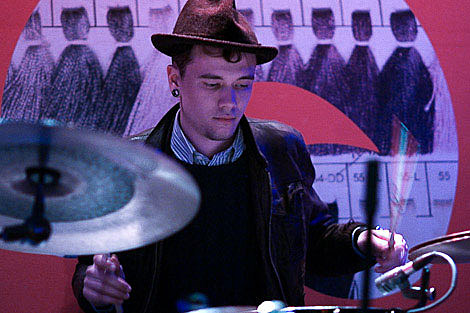 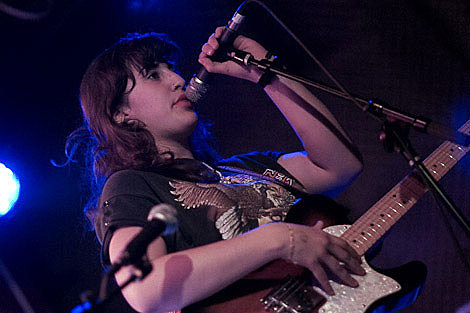 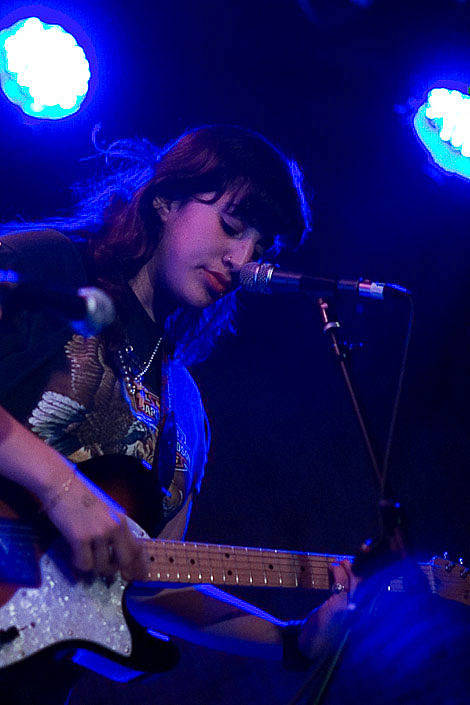 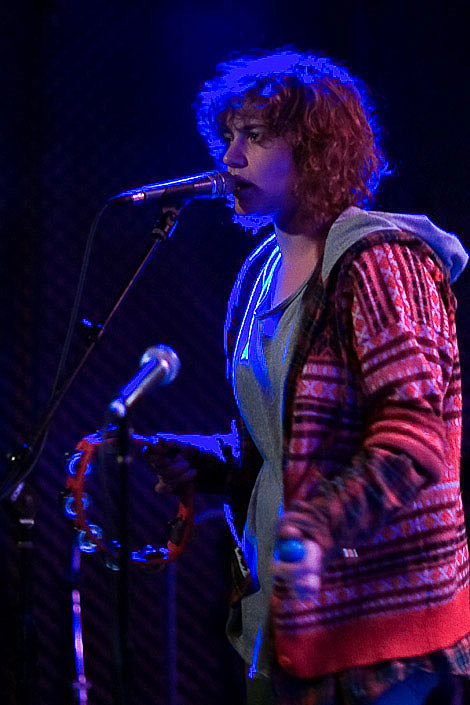 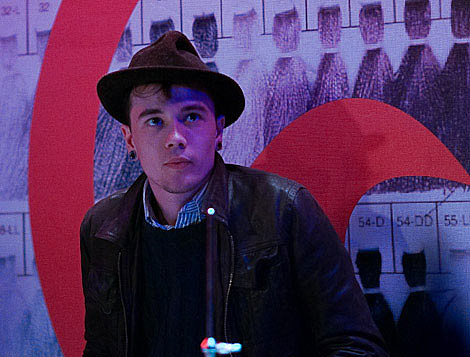 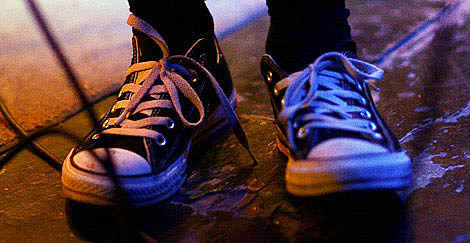 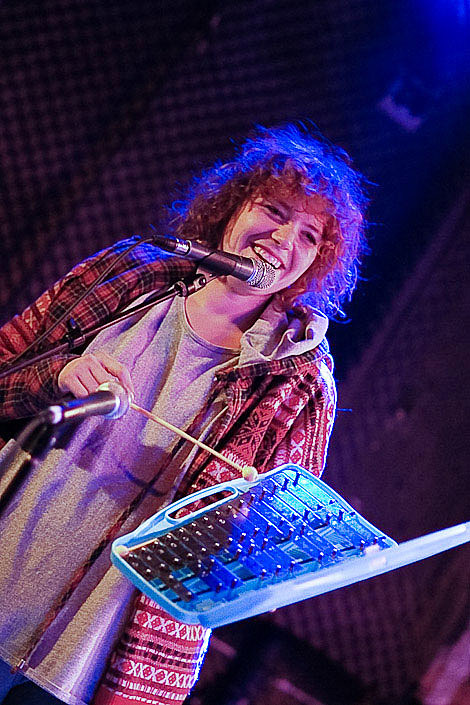 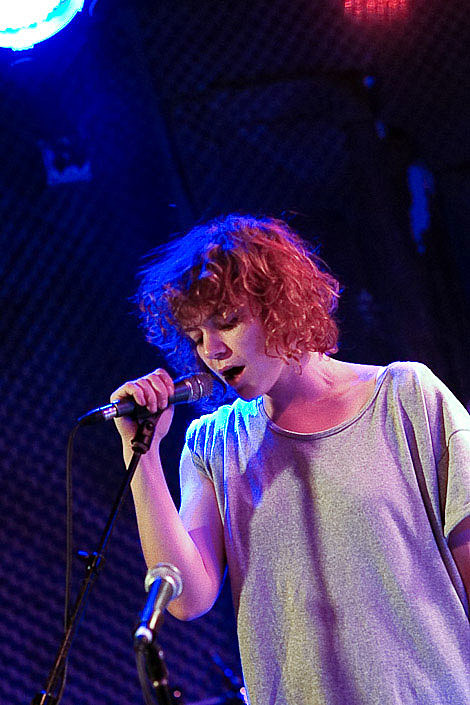 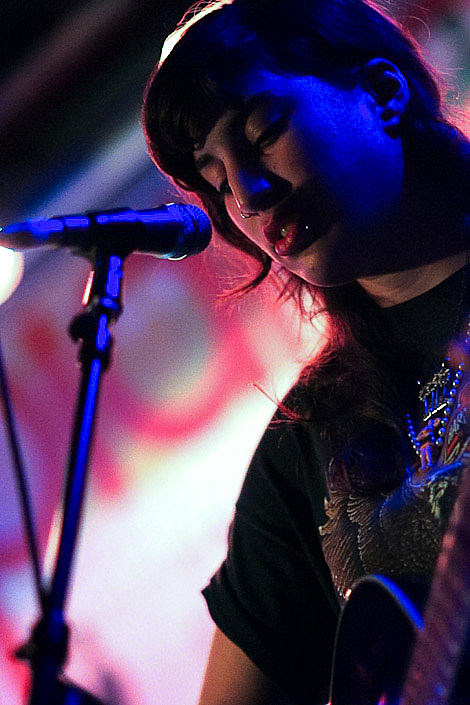 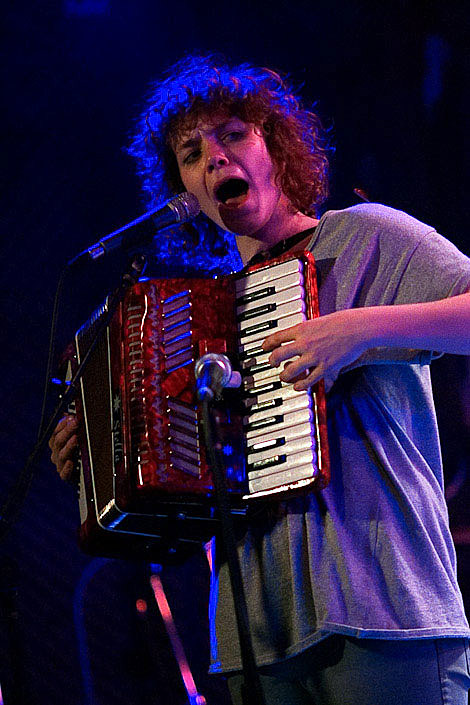 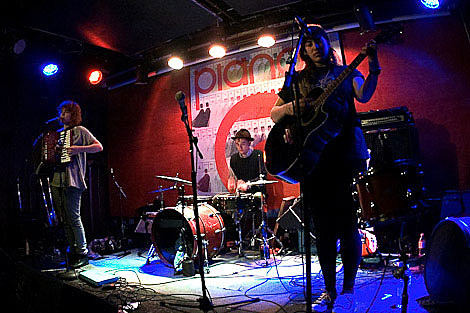 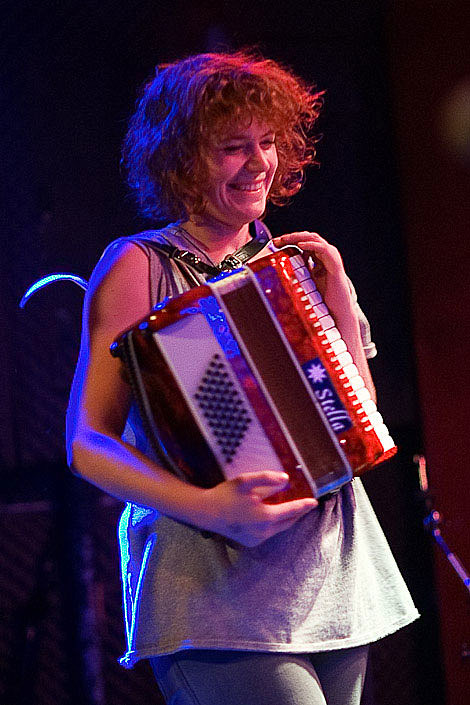 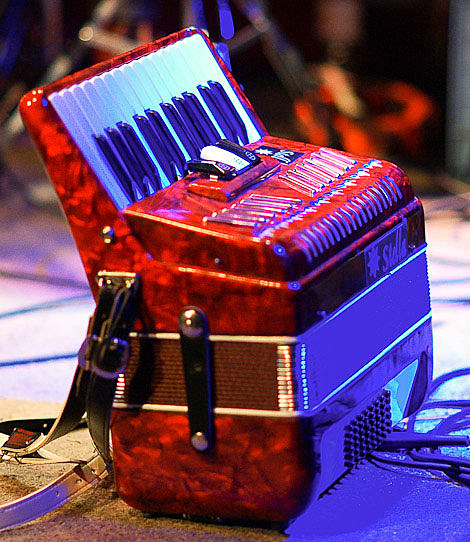