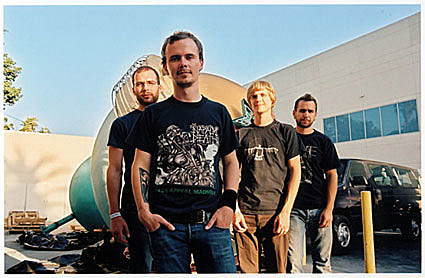 As previously reported, the Chicago boys are scheduled to head out with Black Cobra & Unearthly Trance (look for "Electrocution", out Mar 18). In addition, the instru-metallers Pelican will also play the opening slot for emo-cum-proggers Thrice and Circa Survive on an upcoming US tour. Luckily for us NYers, Pelican has announced a separate headlining show at Music Hall Of Williamsburg on May 4th. Tickets go on sale Saturday Feb .16th at 10 AM. All tour dates below...

* with Black Cobra, Unearthly Trance
** with Thrice, Circa Survive