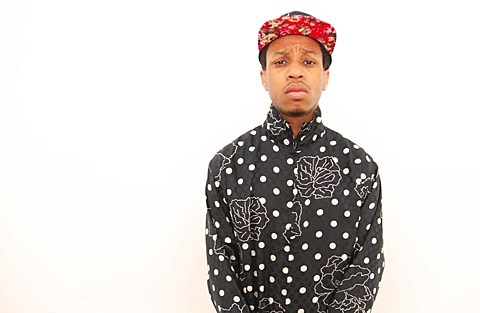 Mississippi-via-New Orleans rapper Pell released his debut album, Floating While Dreaming, earlier this year. It's a good album of singsong rap, not too far removed from Chance the Rapper's Acid Rap, and it's got some cool non-rap collaborators like pop oddball (and fellow Mississippi artist) Dent May and dance producer Tomas Barfod. You can take a listen to the album below.

Pell was in NYC back in September for a show with iLoveMakonnen, and he'll be returning for another one with him tonight (12/9), ahem, Tuesday, at Mercury Lounge. Also on that bill is Bosco. The show is presented by MADE Music and technically private, but you can weasel your way in if you RSVP to rsvp@ma.de and get there early. Even with RSVP, entry is on a first come, first served basis.

Stream Floating While Dreaming below...