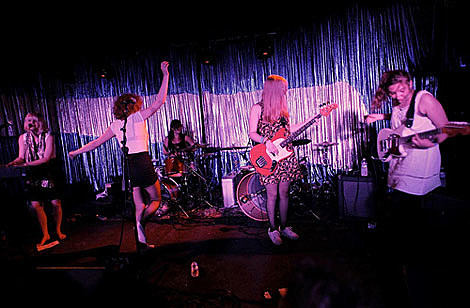 Those Dancing Days were in town this week and the Scandinavian invasion continues through the weekend. Stockholm resident Pelle Carlberg, fresh from playing San Francisco's Popfest, is here on Saturday (5/30) at Union Hall (tix). While his new album, The Lilac Time, isn't quite as strong as 2007's In a Nutshell, he's a great performer and wouldn't miss him for the world. If you like Belle & Sebastian type pop (even he acknowledges he sounds a bit like them, see the MP3 at the top of this post), funny stories, and suitcases used as drums, you shouldn't miss it either.

The other reason not to miss it is the second-ever show by NYC Popfest breakout stars The Drums. For a band who claimed to have had their first practice a mere two hours before the show, The Drums seemed to have it pretty together at Popfest, with a full band and backup singers. Their MySpace lists gloomy Manchester post punk as reference points - the main influence to me seems to be the beach. As in where the surf meets the sand. The music's a little twangy, with the most whistling heard since "Young Folks," and song titles include "The Saddest Summer," "Down by the Water" and "Let's Go Surfing." Perfect for Watusi-ing. They're a lot of fun. And they've got a June residency at the Annex and will be playing the Northside Festival if you can't make the show on Saturday. 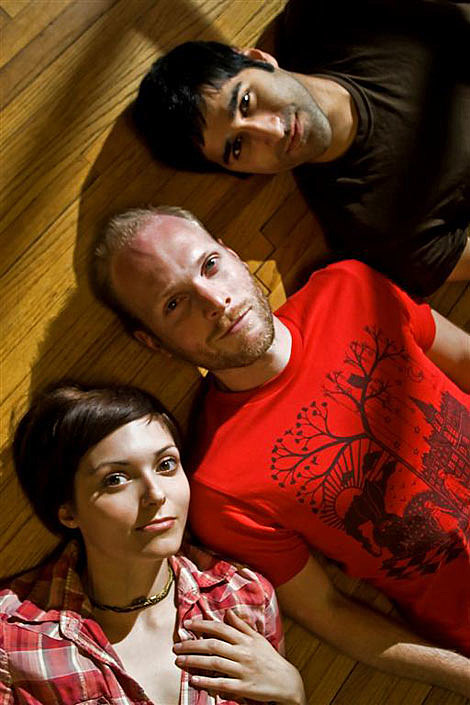 Also Saturday night, over at Mercury Lounge, are Norway's I Was a King playing their second of three NYC shows. Their first is earlier that day at Generation Records. I have friends who saw them in Chicago and said they were great so I'm really looking forward to catching them. As I wrote previously, if you like Teenage Fanclub-y, harmony-and-feedback style pop, definitely go see them. They also play Union Hall on Sunday (5/31).

The Saturday show (which is an early one) is with Canadian trio The Rural Alberta Advantage, who also headline tonight (5/29) at The Bell House. The band won over crowds at SXSW, including at least one Pitchfork writer:

The percussive, stripped down indie-folk trio plays acoustic everything, but there's nothing quiet about them. Frontman Nils Edenloff sings in a strained yelp and plays his guitar like he's mad at it. This is the kind of band you imagine would do just fine unplugged. And at the end of their set, they did just that, walking to the center of the room and making their voices do all the work...

Edenloff held everything together, but multi-instrumentalist Amy Cole did more to make this band fun to watch. She's a totally winning stage presence, grinning huge and clapping along when she didn't have anything to play. And her xylophone dings and backing vocals added warmth and stillness to the driving songs. Every one of those songs, according to Edenloff, concerns the Canadian province that gave the band their name. And every one of those songs just goes for it, in a racing-toward-the-sun kind of way. This band could be huge.

The band's excellent self-released 2008 debut, Hometowns, just got picked up by Saddle Creek who'll release it in July.

And if you need more earnest Canadians, Rock Plaza Central are in town, at Cake Shop on Monday (6/1) and the Bell House on Tuesday (6/2). 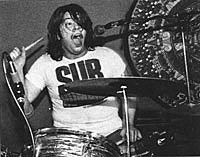 Two great alt-rock icons are in town: X are at Bowery Ballroom all weekend (playing what you asked them to play). Tonight (5/29) and Saturday are sold out, as is but there are still tickets for Sunday's show. And former Husker Du drummer/singer Grant Hart will play Cake Shop tonight (5/29) and the Bell House on Monday (6/1).

Au Revoir Simone kick of their summer tour tonight at Music Hall of Williamsburg. If you haven't heard their new, critically-acclaimed album Still Night, Still Light (which I still have to look up to make sure I'm getting the title correct), it really is very good. Also on the bill and on the tour is The Antlers.

Did you get tickets for Art Brut Week? At this point, everything except the Monday (6/1) show is sold out and it's likely to go soon. If you haven't heard Art Brut Vs. Satan, maybe it's time rediscover the brilliance of Eddie Argos.

Select tour dates and videos after the jump... 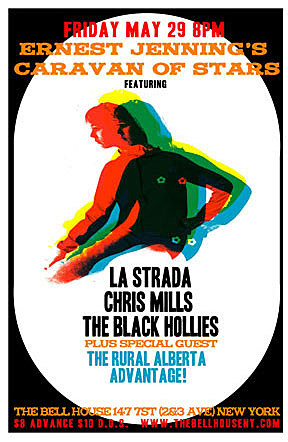 The Rural Alberta Advantage - "In the Summertime"