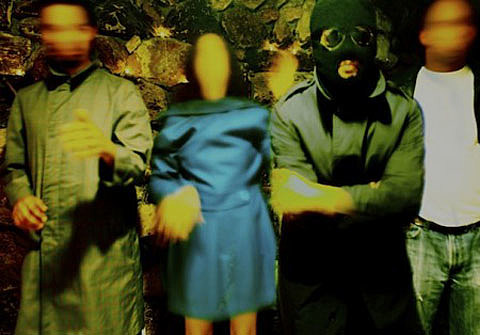 So what does aTelecine sound like? aTelecine take an experimental approach to making music in the form of sound collages which bring to mind artists such as Nurse With Wound and Coil branching out into a world of dark ambient and death-dub. Their music is ever evolving and mutating and it's only with each new album that they release that we are able to glimpse where they are heading.

The albums, The Falcon and the Pod, Sounds that Gods Fear, and Are you Attracted to Wounded Animals come as a box set which comes with a bonus 7" that features "a special guest/goth legend" (not sure who the legend is). The trilogy is limited to 300 pressings (so act quick) and can only be purchased directly through Pendu Sound now. Here's how it works:

You will receive the first two records separately. "The Falcon and The Pod" will come out first on August 9, followed by "Sounds That Gods Fear" October 11. The Third LP, "Are you Attracted to Wounded Animals", will come out December 6 and will arrive in the Special Box that will also contain the bonus 7". You will then be able to place all LPs and 7" in this Box completing the subscription. Note: No refunds for subscriptions.

Check out the song "4AM" off The Falcon and The Pod below. 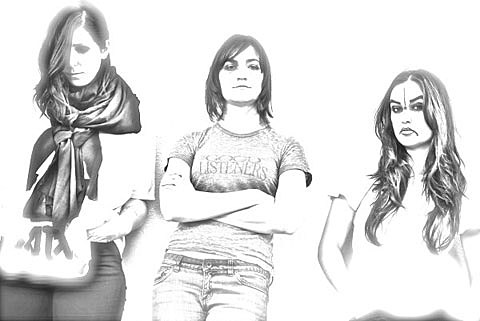 As previously mentioned, Pendu also releases Chelsea Wolfe's great sophomore LP in August. Stay tuned for a related NYC show announcement, and check out the above picture that Sasha Tweeted yesterday of her and her labelmate and America Young. I'm not sure what the picture is for, but Sasha wrote "Sneak peak from last weekend's shoot." (get your minds out of the gutter!)

Tonight (6/24) at Public Assembly, Pendu, also known for their parties, are celebrating their 50th Pendu Disco Party with appearances by Jokers of the Scene (Fool's Gold), Follower, White Ring (DJ set), and Pendu Disco DJs. You can save $1 at the door by RSVPing to the facebook event.

Flyers for all three and the aTelecine song below... 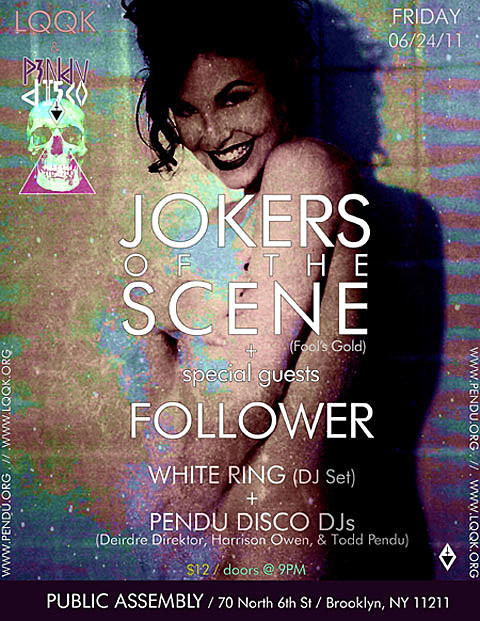 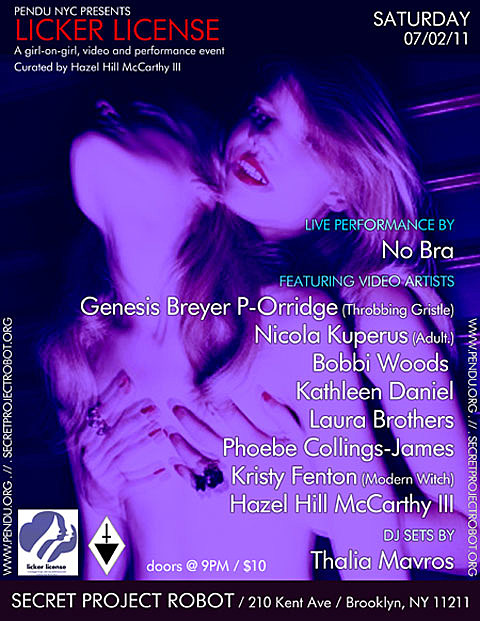 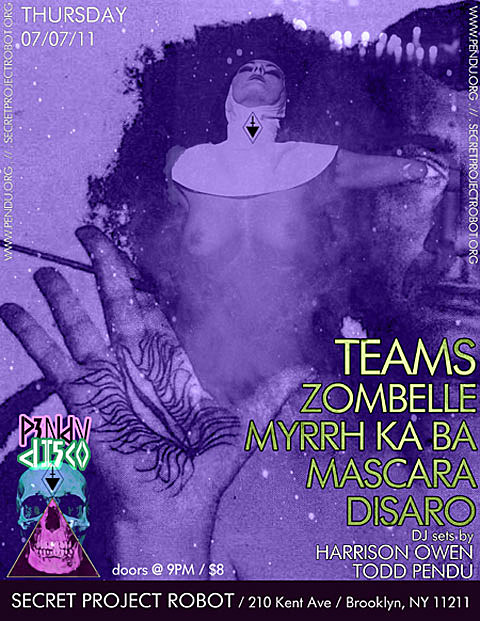