"This truly is a dream come true!" - Perez Hilton 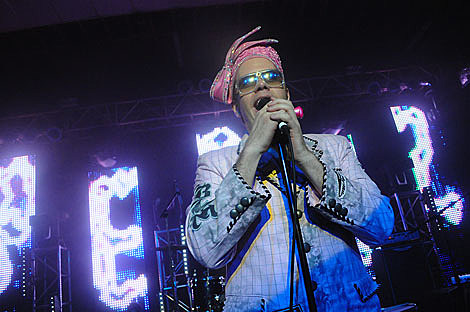 For better or for worse (as I always say before I say his name), Perez Hilton is putting his name on a tour that will feature two female artists who also played his SXSW party this year. Ida Maria and Ladyhawke will kick things off in Atlanta on September 10th, hit Irving Plaza in NYC on September 16th, and eventually end their trip together on the west coast in early October. Julian Pertetta and FrankMusik also play all dates. Perez promises "a pre-sale this Thursday before tickets go on sale to the general public this weekend." All dates below...