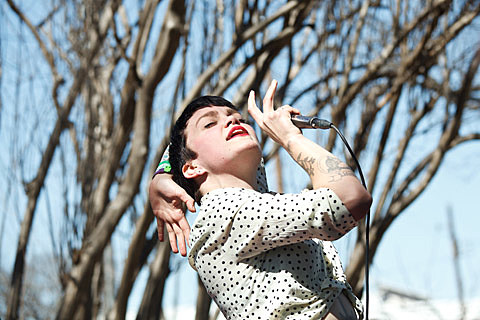 The weekend is part of Perfect Pussy's tour and it includes their previously-announced sold-out show on April 3 at Baby's as well as a newly-added April 4 show. Both have different and great openers. 4/3 has Sick Feeling, Meat Wave and Mannequin Pussy; and 4/4 has Honor Press signees So Stressed, plus Wreck & Reference and Laced. Tickets for 4/4 are on sale now.

Perfect Pussy's tour also includes their previously-discussed NYC show on March 28 at the Marlin Room at Webster Hall with Deerhoof and Zula. Tickets for that show are still on sale.

Updated dates are listed, with song streams from a few of the "Perfect Weekend" openers, below...