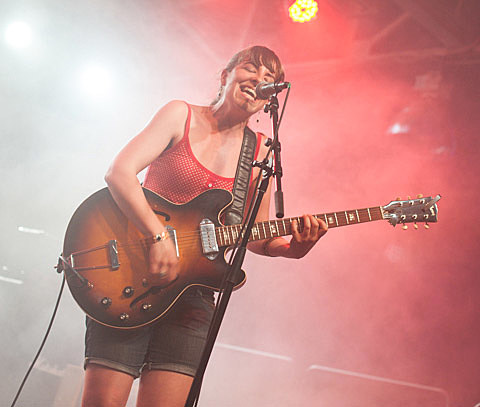 Brooklyn's Northside Festival is happening from June 12-15, and like last year, Pitchfork will put on two showcases, both at Saint Vitus.

Then on June 14, it's headlined by dream folk singer Marissa Nadler, and otherwise features a heavier lineup -- though Marissa is known for her ties to the metal world -- of noise artist Pharmakon, industrial duo Youth Code, tech-death metallers Pyrrhon and sludgy local band Couch Slut.

Night 1 tickets and night 2 tickets are on sale. Flyers for both, below.

Hop Along also play NYC about a month later on their tour with Owls.

And there's never a lack of Frankie Cosmos shows in NYC, including Brooklyn Rod & Gun on Friday (5/9), Bowery Ballroom with Woods and Quilt, and Silent Barn with Radiator Hospital.

Flyers and a few videos below...

Marissa Nadler - "Was It A Dream" on KEXP 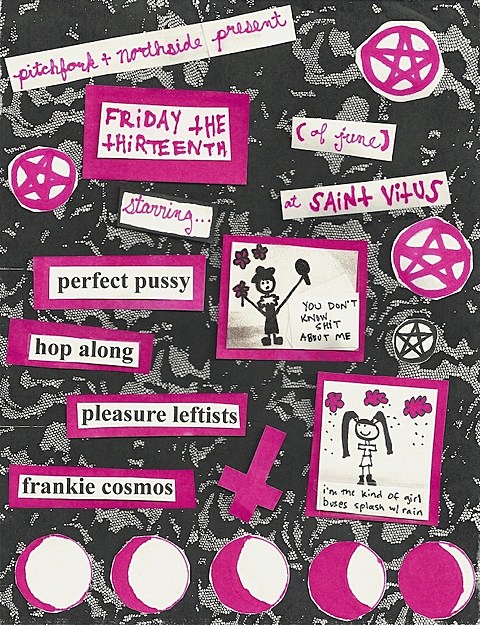 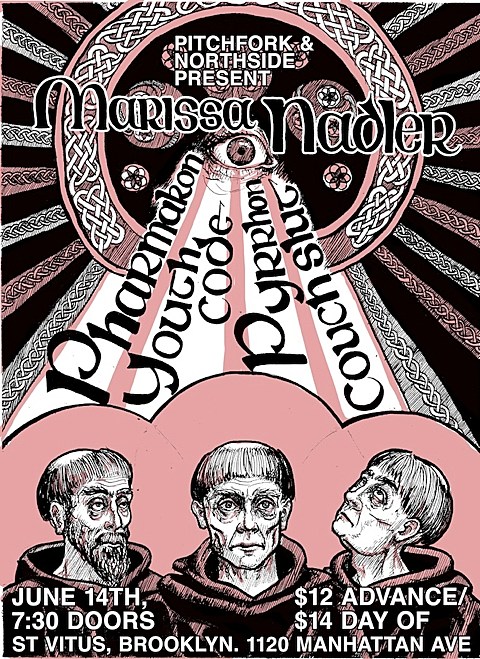