photo: Perfect Pussy at Baby's on NYE (via Billy Jones) 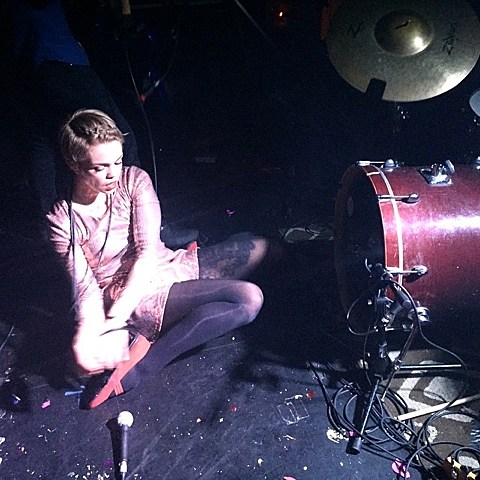 Perfect Pussy wrapped up 2014 with a New Year's Eve show at Baby's All Right, and they've already announced that they'll return to the venue for a show on April 3. That's a couple months after they return from their short Australia/New Zealand tour which they leave for at the end of January. Tickets for Baby's go on sale at noon on Friday (1/9).

Perfect Pussy were also added to the NYC stop of Deerhoof's tour (who they remixed), which happens March 28 at the Marlin Room at Webster Hall. Tickets for that show are still available.