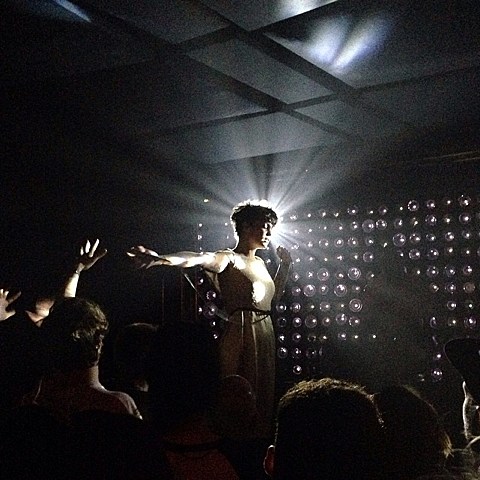 Perfect Pussy wrapped up their tour over the weekend in Brooklyn with a two-night stand at Baby's All Right. The shows were presented by the band and singer Meredith Graves' new label Honor Press, and featured Sick Feeling, Meat Wave and Mannequin Pussy on night 1 (4/3); and Honor Press signees So Stressed, plus Wreck & Reference and Laced on night 2 (4/4). Perfect Pussy's Captured Tracks labelmate Mac DeMarco was in attendance on night 2, as you can see in the instagrams from the shows, below.

Perfect Pussy's next Brooklyn show is a free one, happening May 23 at Brooklyn Night Bazaar. They'll be joined by a handful of other local punk bands, Big Ups, Vulture Shit, Nine of Swords and Nonsense.

That show is part of a Time Out Live-curated weekend, which includes another punk show at BKNB the day earlier (5/22) with Priests, Greys, Skating Polly and Done.

Big old group hang last night at @babysallright! If you're in the NYC area come see our friends So Stressed at @saintvitusbar again tonight!

I go to the same shows as Mac Demarco.