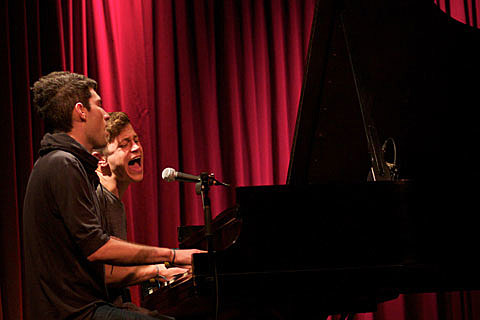 "He's a tender, bruised singer, like a less affected Antony. Though he rarely works with much beyond piano, he writes sturdy melodies and arrangements, solid enough to carry his bleak lyrics, doled out frugally.

"Look Out, Look Out," which opened the show, began with spooky, elongated notes played by Alan Wyffels (who played keyboards, the only backing musician) before Mr. Hadreas's piano darkened the mood. The galloping piano line on "You Won't B Here" recalled Coldplay. On "Learning" repeated, bright two-note bursts cut through morbid lower-register chords as Mr. Hadreas sang menacing lines in a hopeful way: "You will learn to mind me/And you will learn to survive/Me.""[NY Times]

To quote Amanda, "I definitely feel like I witnessed something pretty special." She was referring to the Perfume Genius show she shot at 92YTribeca on Tuesday. The pictures are in this post. That's part of the NY Times review above.

If you still haven't listened to the record, it's still streaming. If you're not totally convinced that you should go check him out at Glasslands on Friday night (where I hope to be since I missed the show to see Rufus Wainwright on Tuesday), check out the Seattle studio session videos, with more pictures from 92Y, below... 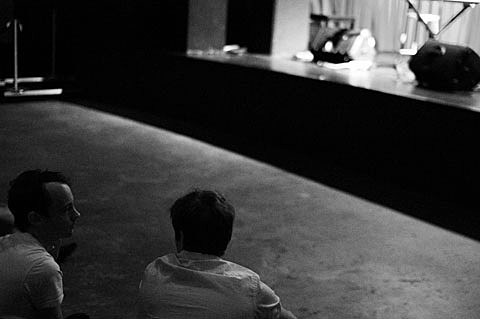 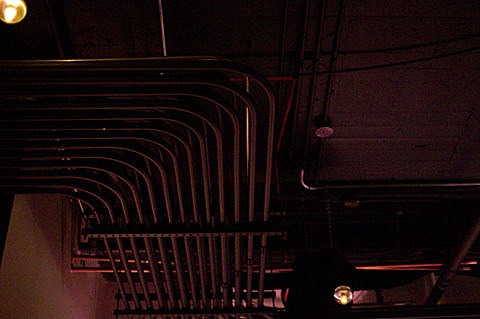 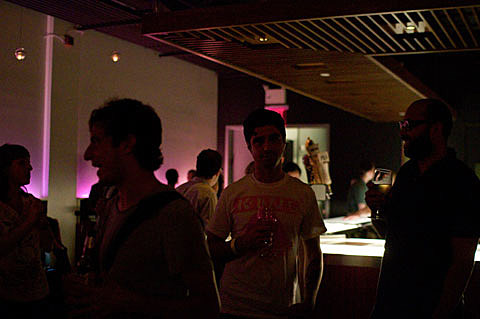 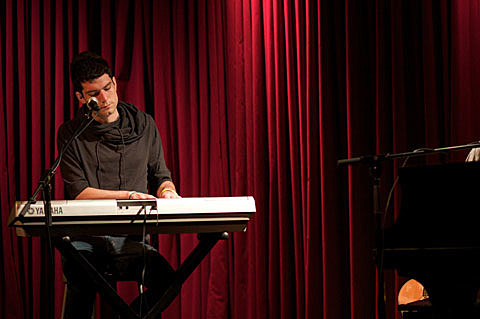 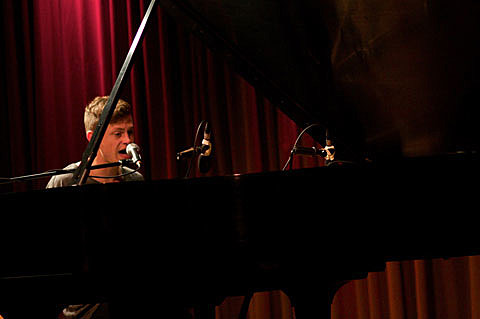 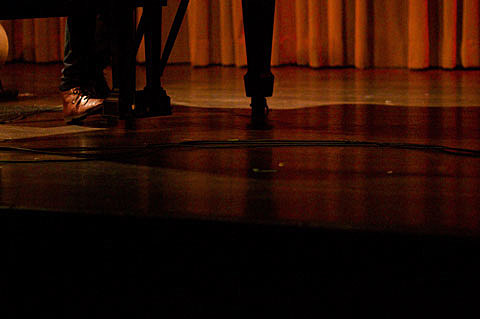 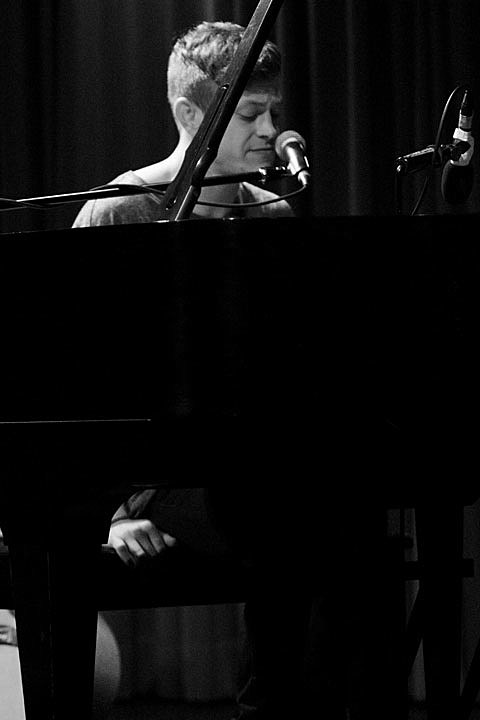 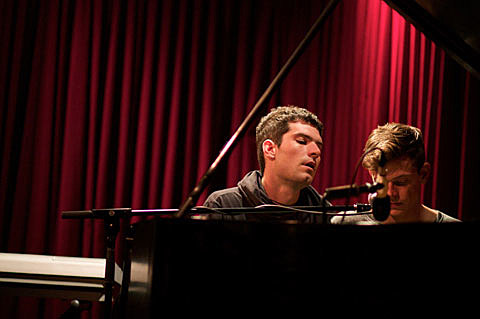 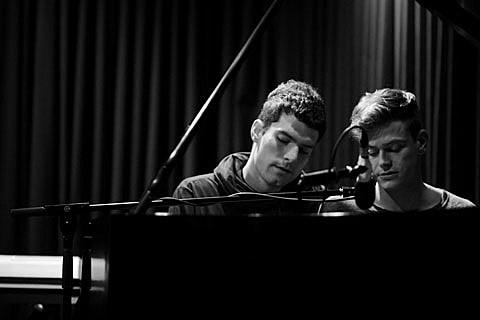 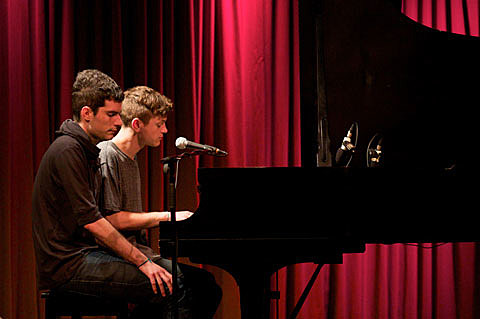 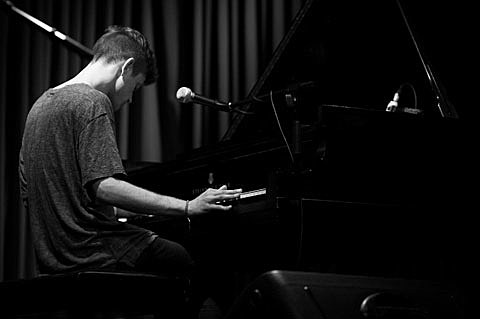 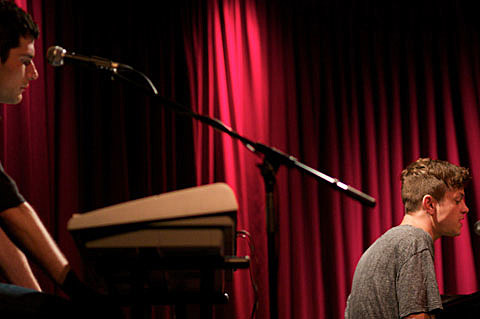 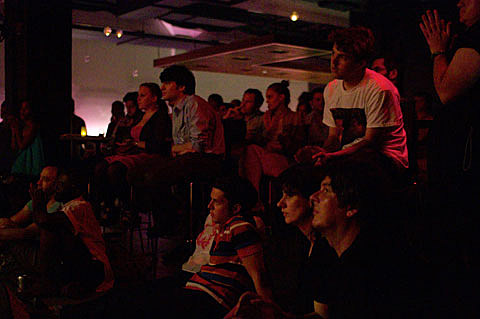 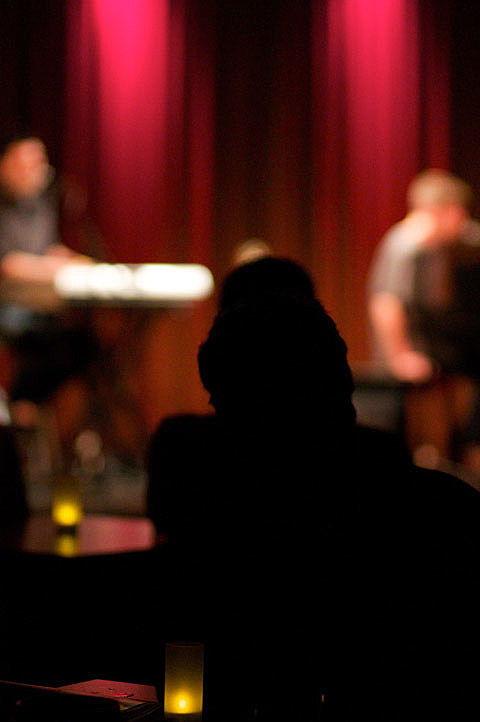 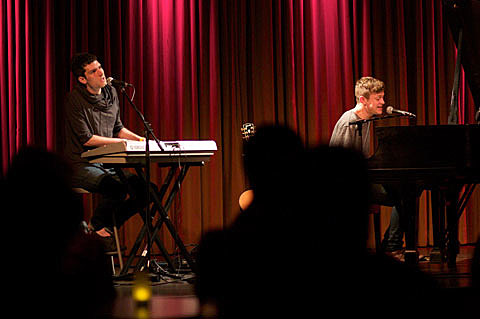 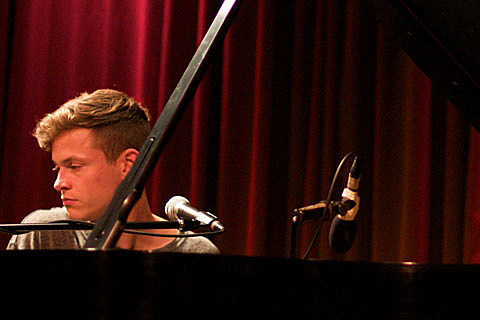 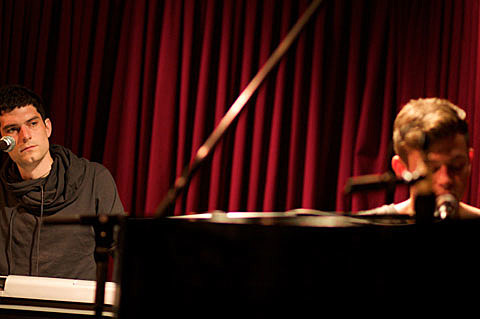 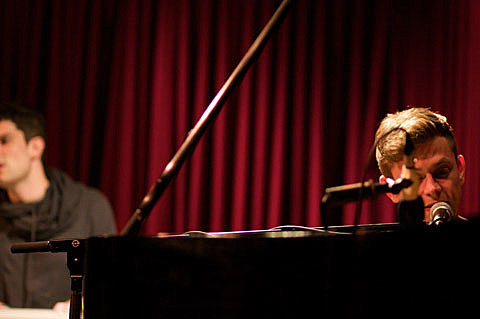 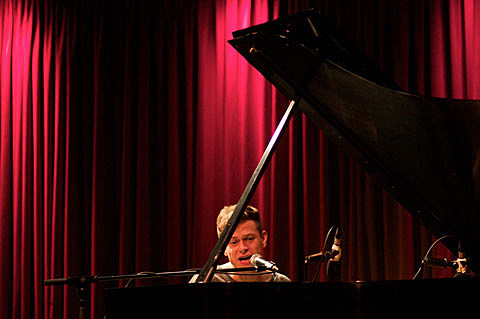 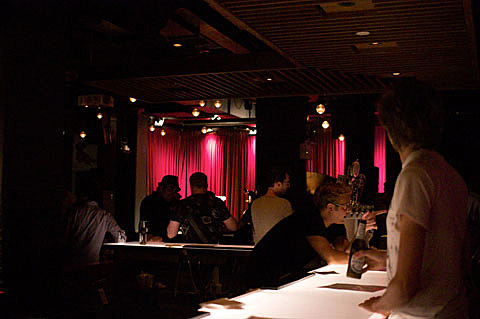 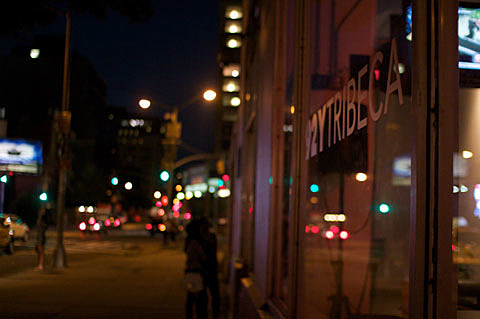