Perfume Genius at MHOW in October (more by Amanda Hatfield) 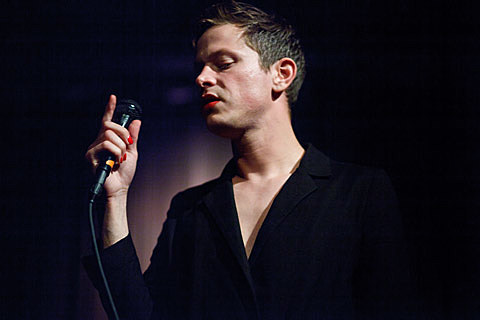 Perfume Genius made a big leap forward on this year's excellent Too Bright, and not surprisingly it's got him playing increasingly larger venues. He's just announced a 2015 tour leading up to his set at Big Ears Festival which includes a NYC show happening March 19 at Stage 48, a venue more than twice as big as his last NYC show. All dates on the tour are with Norway's great Jenny Hval, which should make for a very cool double bill. Tickets for NYC aren't on sale yet but will be soon.

Perfume Genius also just put out a video for "Fool" from Too Bright, which was directed by Charlotte Rutherford and co-produced by Urban Outfitters. Watch that, with the list of tour dates, below...