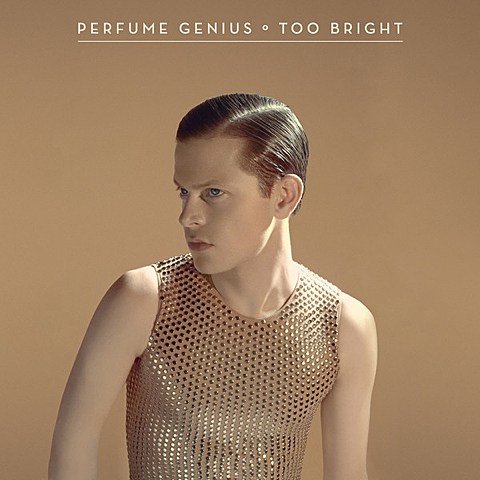 Perfume Genius is set to release his third album, Too Bright, on September 23 via Matador Records. He recorded it with Portishead's Adrian Utley, and PJ Harvey collaborator John Parish contributed to several tracks. From the sound of its first single "Queen," his melancholic songwriting is still in great form, and he's continuing to expand his sonic palette as well. Stream that, with the tracklist, below. Artwork above.

Perfume Genius has also announced a tour to go down after the album's release which hits NYC on October 7 at Music Hall of Williamsburg with Matteah Baim. Tickets for that show go on sale Friday (7/18) at noon with an AmEx presale starting Wednesday (7/16) at noon.

All dates are listed, with the new song and tracklist, below...

Tracklist:
i. I Decline
ii. Queen
iii. Fool
iv. No Good
v. My Body
vi. Don't Let Them In
vii. Grid
viii. Longpig
ix. I'm a Mother
x. Too Bright
xi. All Along