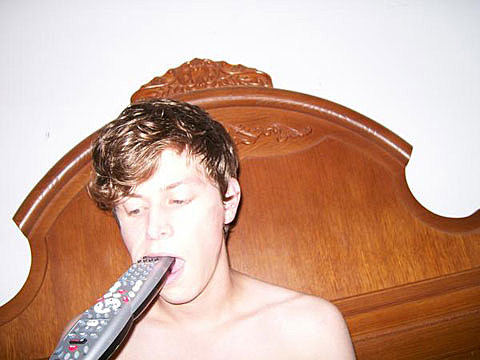 Who is he?
A 26-year-old bedroom balladeer known as Mike Genius, whose intimate, crackle-laden piano pieces sound like Anthony Hegarty getting a glo-fi makeover. As far as trivia is concerned: he lives with his mum in Seattle, was championed early on by Los Campesinos! and likes to appear in press shots covered in colourful bruises (because he's not just damaged inside).

Sound's interesting, but I don't seem to be able to hear anything!
Try turning the volume up. Perfume Genius songs are so frail they're barely audible. It doesn't help that Genius's vocal style is so fractured it makes Wayne Coyne sound like he's auditioning for a gig with Extreme Noise Terror.

Perfume Genius, aka Mike Hadreas, has his whole debut LP, Learning, currently streaming at Turnstile Music. And if we're making comparisons, I hear some Chad VanGaalen in there too. Check it out. The disc comes out June 22nd, and the track above, which came out as a 7" earlier this year, is on it.

Perfume Genius will be in New York for a pair of shows this July: He plays July 20th at 92YTribeca (tickets), and Friday, July 23 at Glasslands with Melati Malay (tickets). I'm looking forward to it.

An enigmatic video (to go along with the stream), album art and tracklist, and details on shows in Paris, Berlin and London are below... 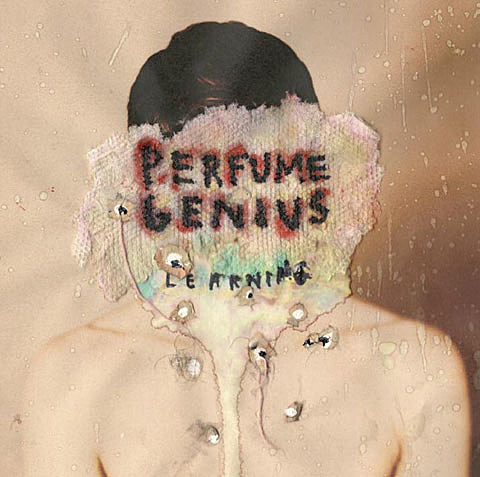